Home from War and Peace - and more photos!

Home at last from the War and Peace show! It was a very busy show over the 5 days, and we saw and chatted to loads of people. Everyone was very complimentary about the Race to the Sea game, and there were some interesting WW1 re-enactors and vehicles there - as well as some great WW2 and post-war vehicles too!

Here are a few more photos of the game - including some of the Fusiliers Marin for you Sander! 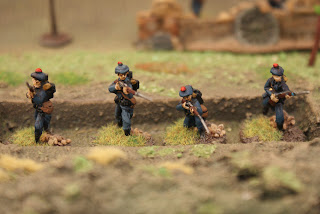 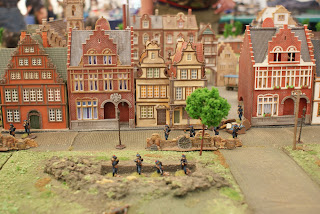 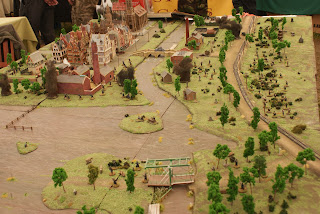 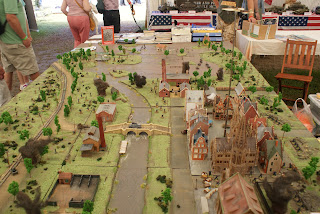 And here is an MMG that was used as a Turkish AA gun - it was for sale but it wasn't cheap! 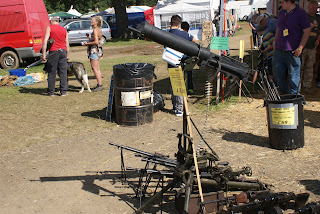 A couple of Model T Fords - I actually rode in the ambulance (as a passenger, not a patient!) around the showground 2 years ago! 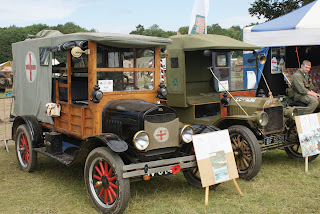 Oops - it's not the War Horse tank!

Sorry for misleading all of you, but it turns out the tank at War and Peace that I photographed isn't the one from War Horse - apparently that wasn't allowed to attend due to adverse ground conditions! Very typical for a WW1 tank - they needed the best ground to advance anywhere!
Posted by Crush The Kaiser at 14:41 No comments:

Pictures from War and Peace

As promised, here are some pictures from today at the War and Peace show. With some good weather today the show ground is drying up nicely and we should be in for an excellent weekend! 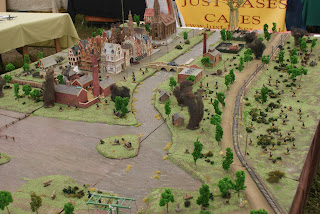 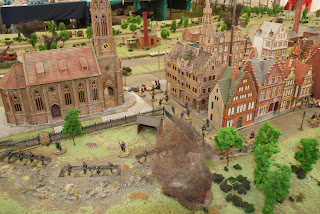 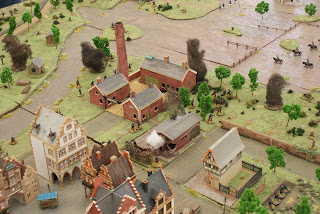 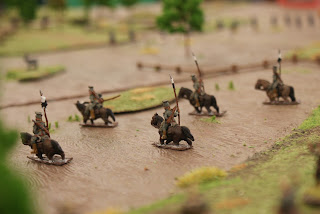 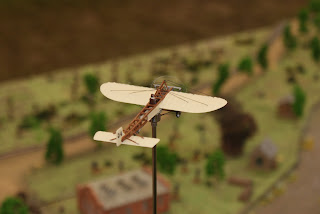 And here are some pictures of the replica WW1 tank, which I think was the one used in War Horse: 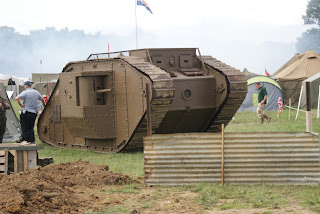 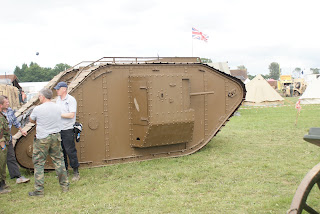 And lastly a Nieuport 17b, painted up for Albert Ball's machine: 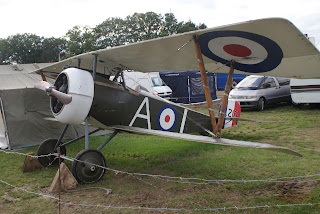 At the War and Peace show

Well we have spent our first day at the War and Peace show! It was good to see old friends again (hello Jay!) and to have a busy but enjoyable day.

I must admit the photos of the site I had seen before we went this morning were not promising, and for once this year we'd already decided not to camp but to drive in each day, which has proved to be a good call! But we got in, unloaded and out again this morning with no problems at all, thanks to great work by the marshalls and staff at the show. Yes it is very, very, very muddy in places, and more rain isn't helping, but it didn't stop us having a good time today.  It did mean that we couldn't easily get round the trade stalls (good thing, saved some cash!) but I did manage to pick up the new HaT WW1 German wagons, which are lovely!

I'll post some photos of the game once I've taken some, probably tomorrow. I think the MkIV replica tank that was used in War Horse is there, so if I get the chance I'll take some photos of that too and post them here.
Posted by Crush The Kaiser at 12:15 2 comments:

Off to the War and Peace Show

It's not long now to the War and Peace show! We will be in the model tent (it's a full size tent with models in it, rather than a 1/72 scale tent) on all 5 days of the show from 18-22 July, so if you are at the show do please come along and say hello. We will of course have the Race to the Sea game, and if any of you haven't yet picked up a copy of "Where the Poppies Grow" I think we may just have a couple left from the first print run (and it is only a couple!). "Over by Christmas" is still in preparation but we hope to have it ready very soon, and I have just started research for the next main supplement, as yet un-named, which will cover the Middle East. I'm also working on the new set of air rules, which will cover the whole war - these are also as yet un-named.

For those of you who don't know about the War and Peace show, it is the largest gathering of WW2 re-enactors anywhere in the world now. Over 5 days, at the Hop Farm, Beltring  near Paddock Wood in Kent thousands of WW2 re-enactors and military vehicles from all over Europe (and it is literally thousands of military vehicles, including tanks) gather. We are not re-enactors of course, but there is also a thriving model arena with a couple of wargames, some excellent scale models and some good traders. It's also a lot of fun and a jolly good day out! Last year there were some WW1 re-enactors there with a very good trench system, and I hope they will be there this year too as they are well worth seeing. For extra realism they get the fire brigade to fill their trench thigh deep with water in the morning and then they stand in it for most of the day! Then again, with the amount of rain the UK has been experiencing recently I guess the fire brigade might not be needed this year!
Posted by Crush The Kaiser at 09:48 2 comments: