Well we had a really busy day at Salute on Saturday! It certainly seemed to be busier than last year at the show and we met lots of people during the day. I'm posting a few photos of our Miracle of the Marne game below! 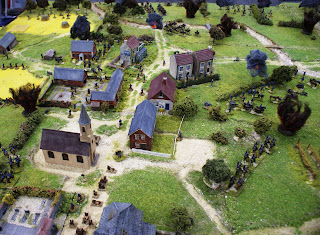 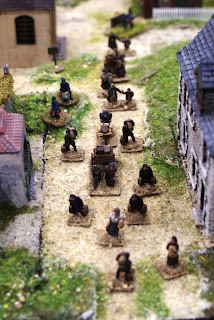 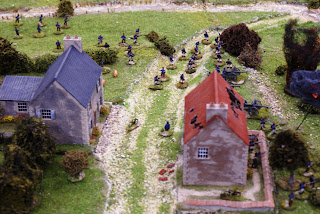 All packed up now and ready for an early start in the morning to go to Excel London for Salute 2013. Our game this year, called "Miracle of the Marne" is loosely based on the battle for the village of Soizy-aux-Bois, which was fought over for two days in September 1914. And no, there won't be any taxis! That famous event took place in a small part of a very big battle that lasted nearly two weeks - and it's not the part we are using!

This year we decided not to post pictures of the game as we built it, but rather to launch it on an unexpecting Salute without preview! I will however post pictures after Salute (I can't promise to do them tomorrow as it's a very long day) of the game, and maybe some of how we built it as I did take some as we were working. Unlike last year I have remembered to charge my camera battery this time.

The other feature of the game is that it plays out the rule examples given in "Over by Christmas", so people will be able to see the examples being played through.

If any of you are going to Salute, do come along and say hello!
Posted by Crush The Kaiser at 12:48 No comments: