A few days before Salute I went with the Western Front Association on a trip to Monchy le Preaux, which is to the east of Arras. Most of the battles we looked at were the Canadians in 1918, but our first stop was outside the town to look at a (very game-able) action in 1917 involving the Newfoundland regt. This was an unfortunate attack which again caused high casualties to the Newfoundlanders.

Here's a view looking back to Monchy from the point where the action took place: 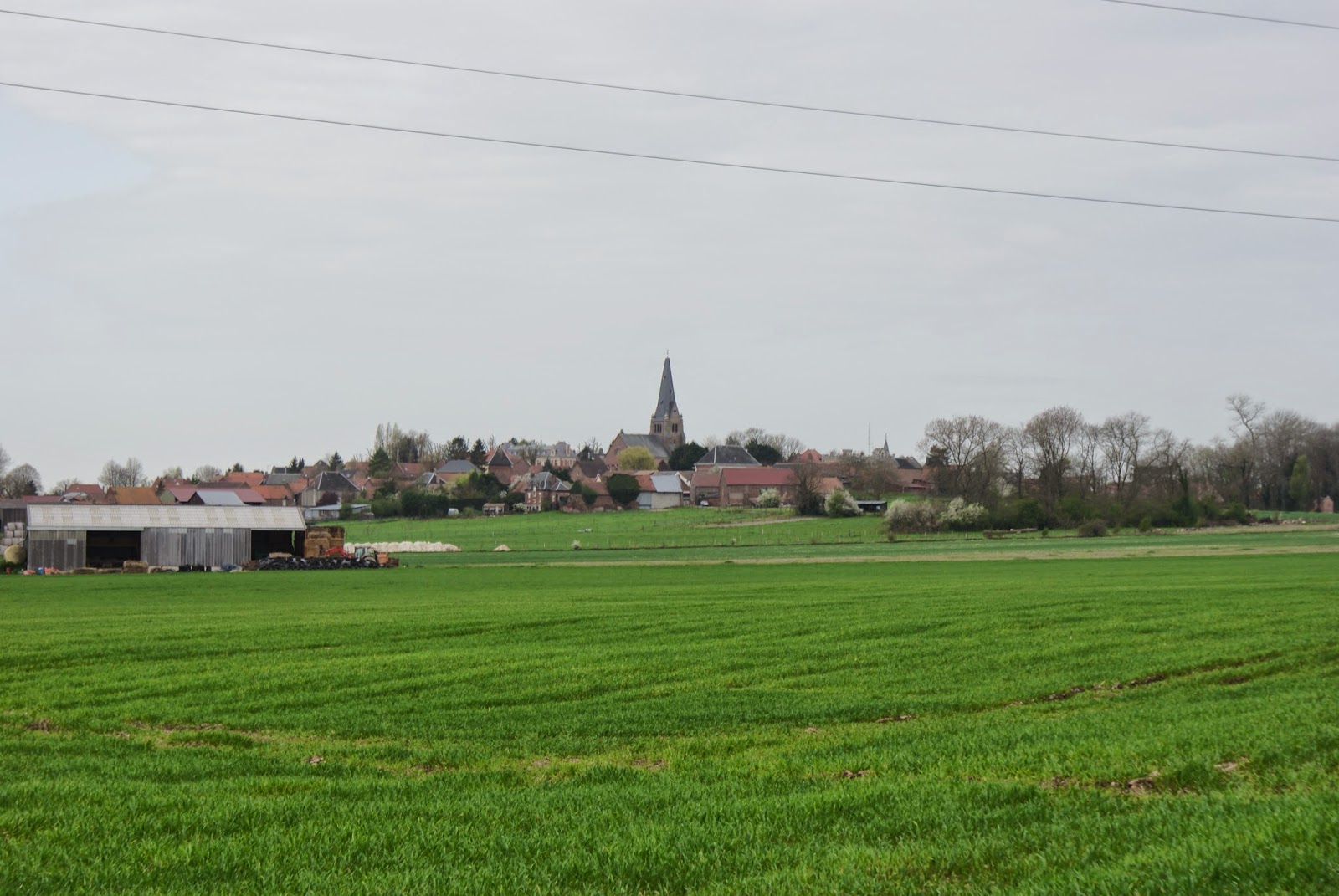 There are a couple of memorials in the town itself, including another Caribou (like the one on the Somme): 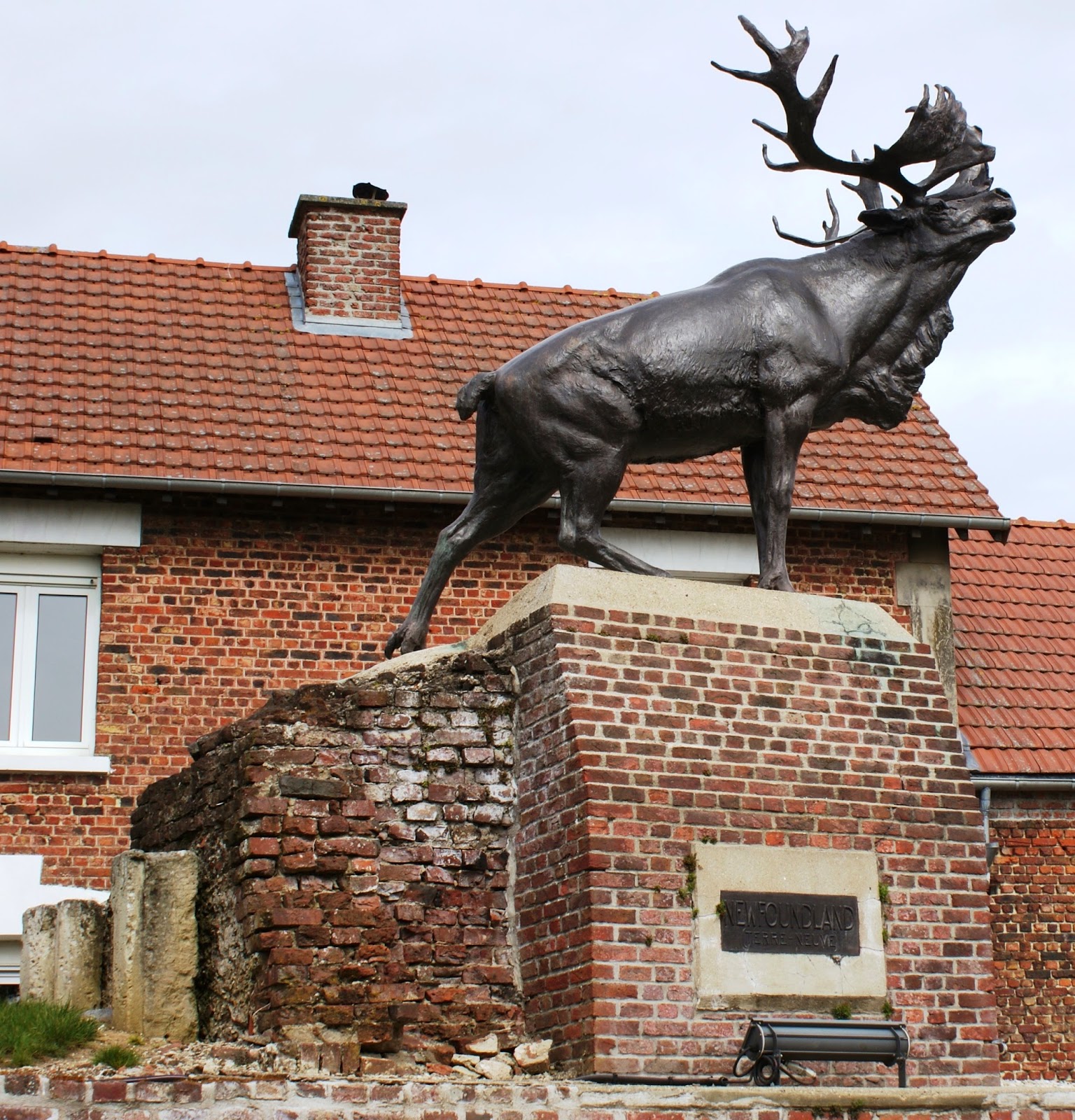 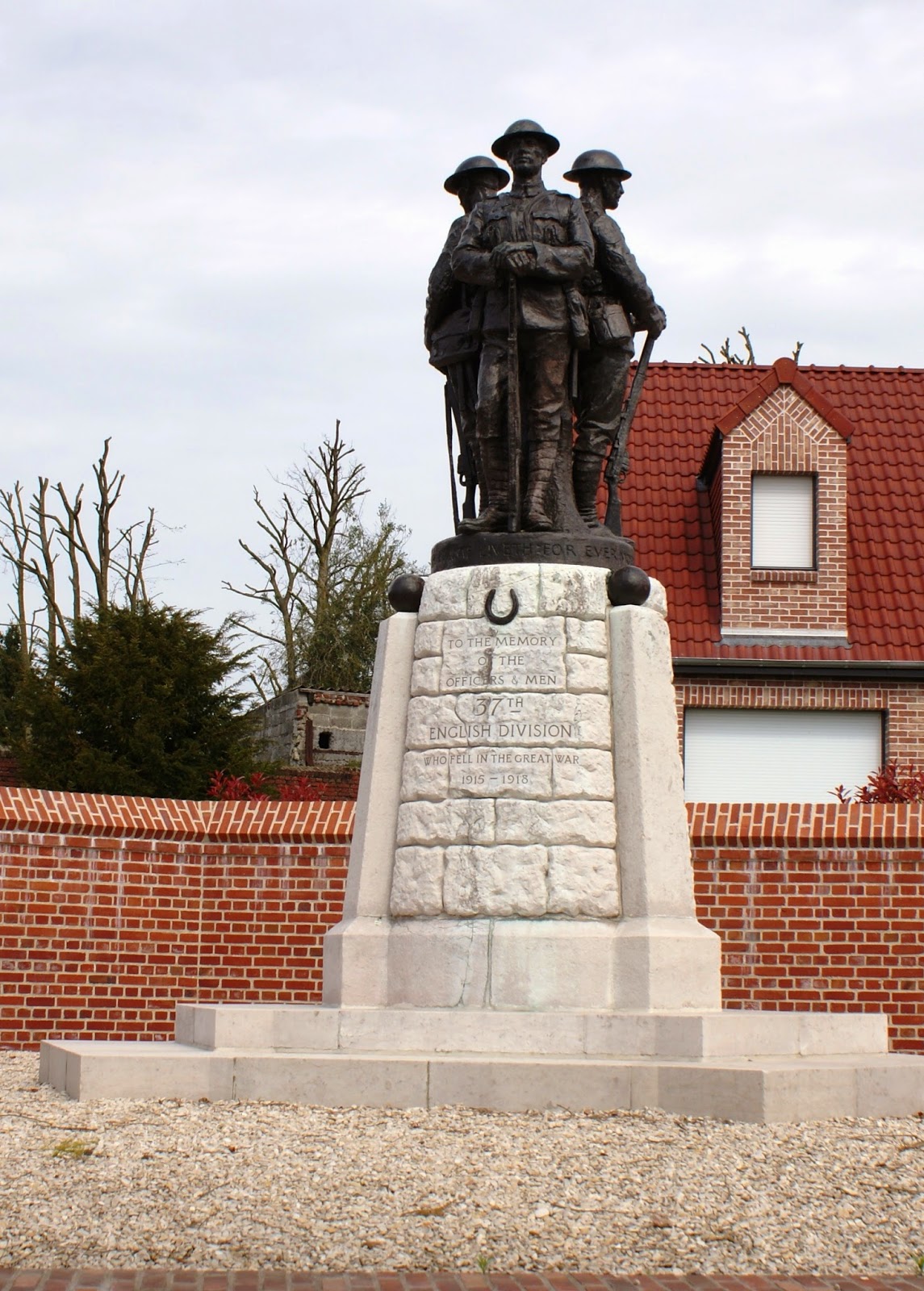 We then moved on to the Canal du Nord, which the Canadians took in 1918. On the way, we stopped at the location of the curiously named Drocourt-Queant Switch Line - which I found out was a trench system that came out at right angles from the Hindenberg Line to protect it. Here's the Switch Line now, looking up to the Canal du Nord: 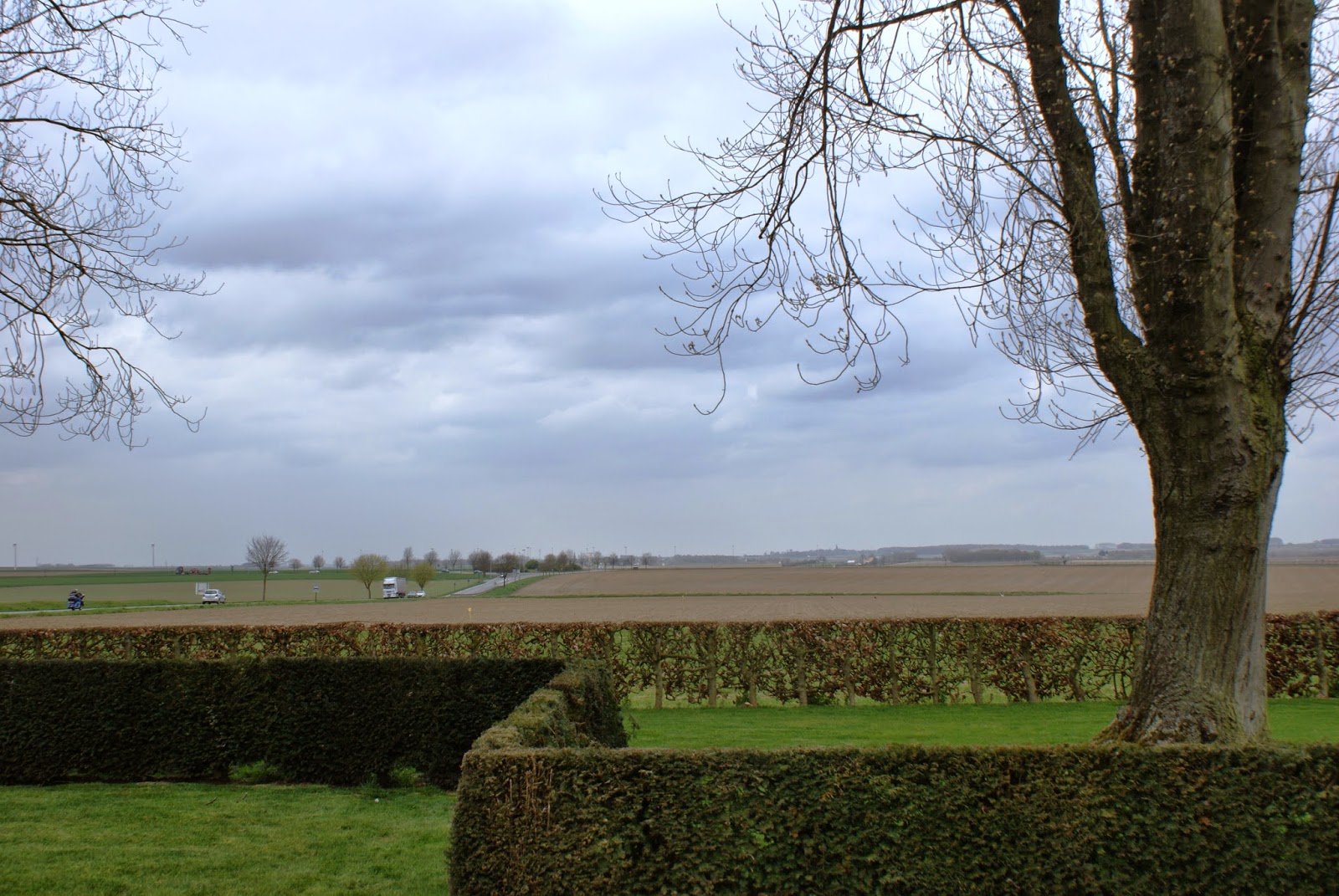 On the day the Canadians took it, the Canal du Nord was unfinished and unfilled. Conveniently, on the day we were there it had been drained for maintenance so we had an idea of what it might have looked like! 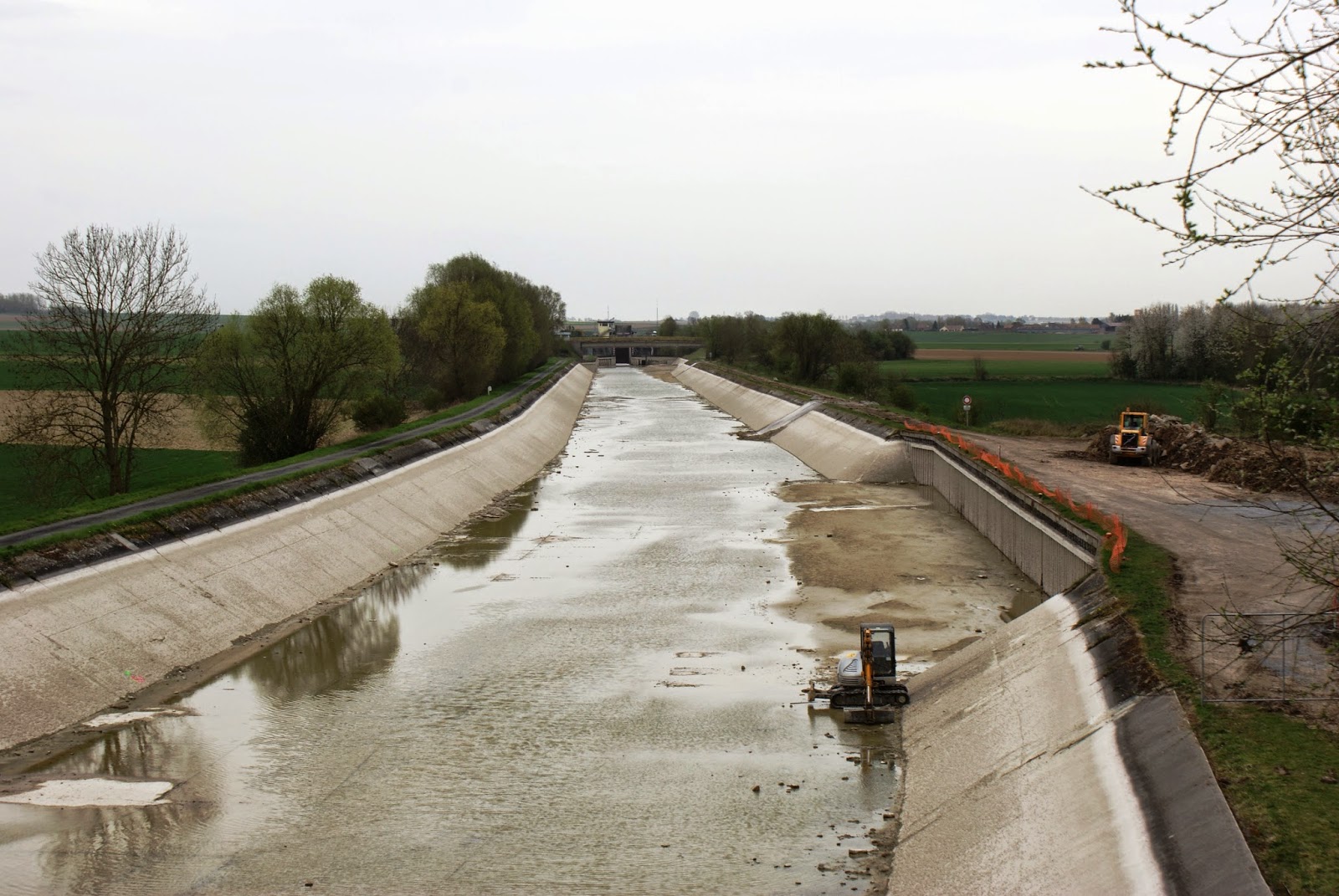 We ended our day in a town the Allies could not reach in 1917 - Cambrai. Here's the town square: 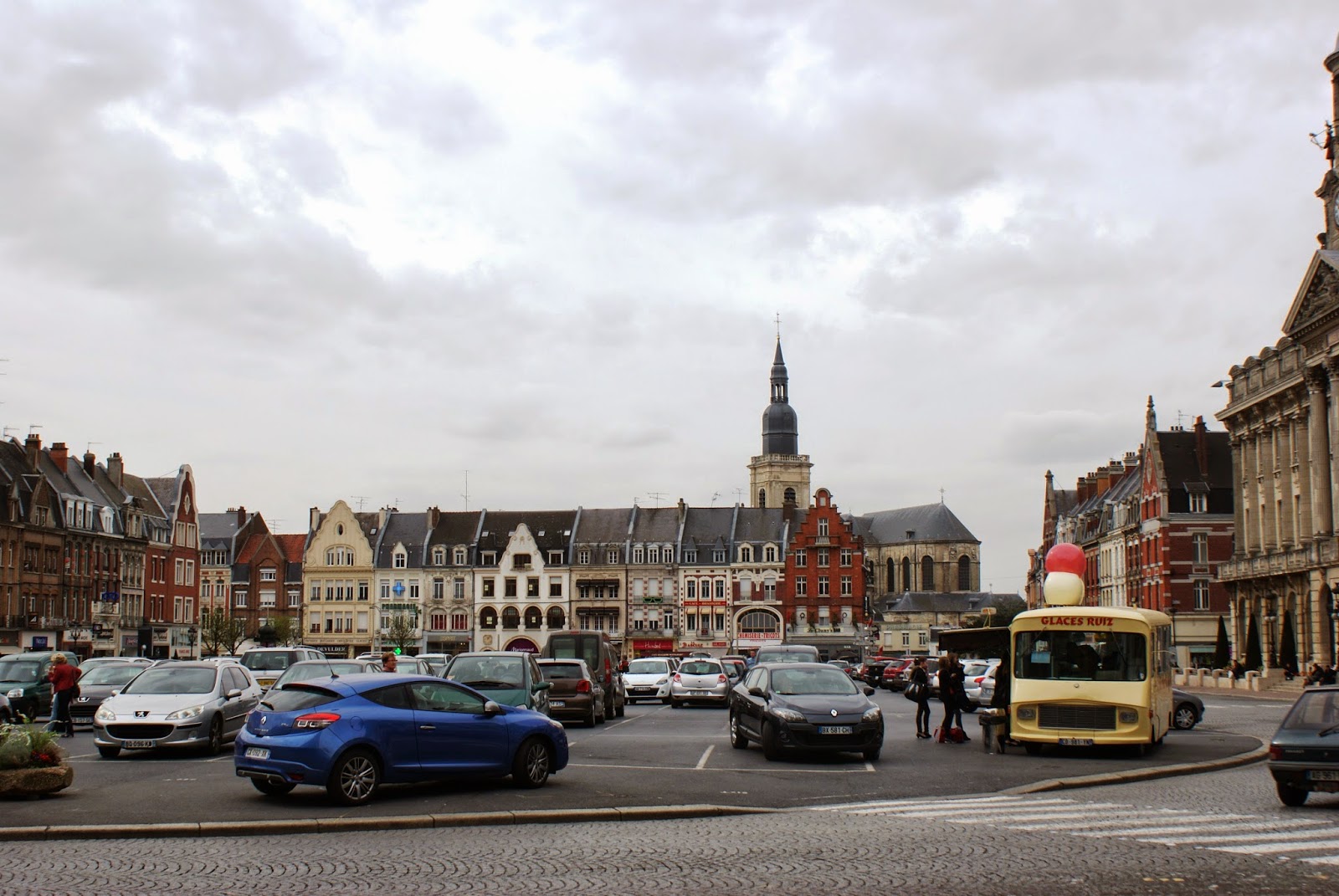 Sorry for not posting these sooner but it's been a bit hectic since we came back from Salute! We had a really good day there, and it was great to see and chat to so many people.

I only took a few photos at Salute as most of my time was spent talking! Here's a few to start with - I will have some more soon once they've been downloaded.

First, a view of the table overall: 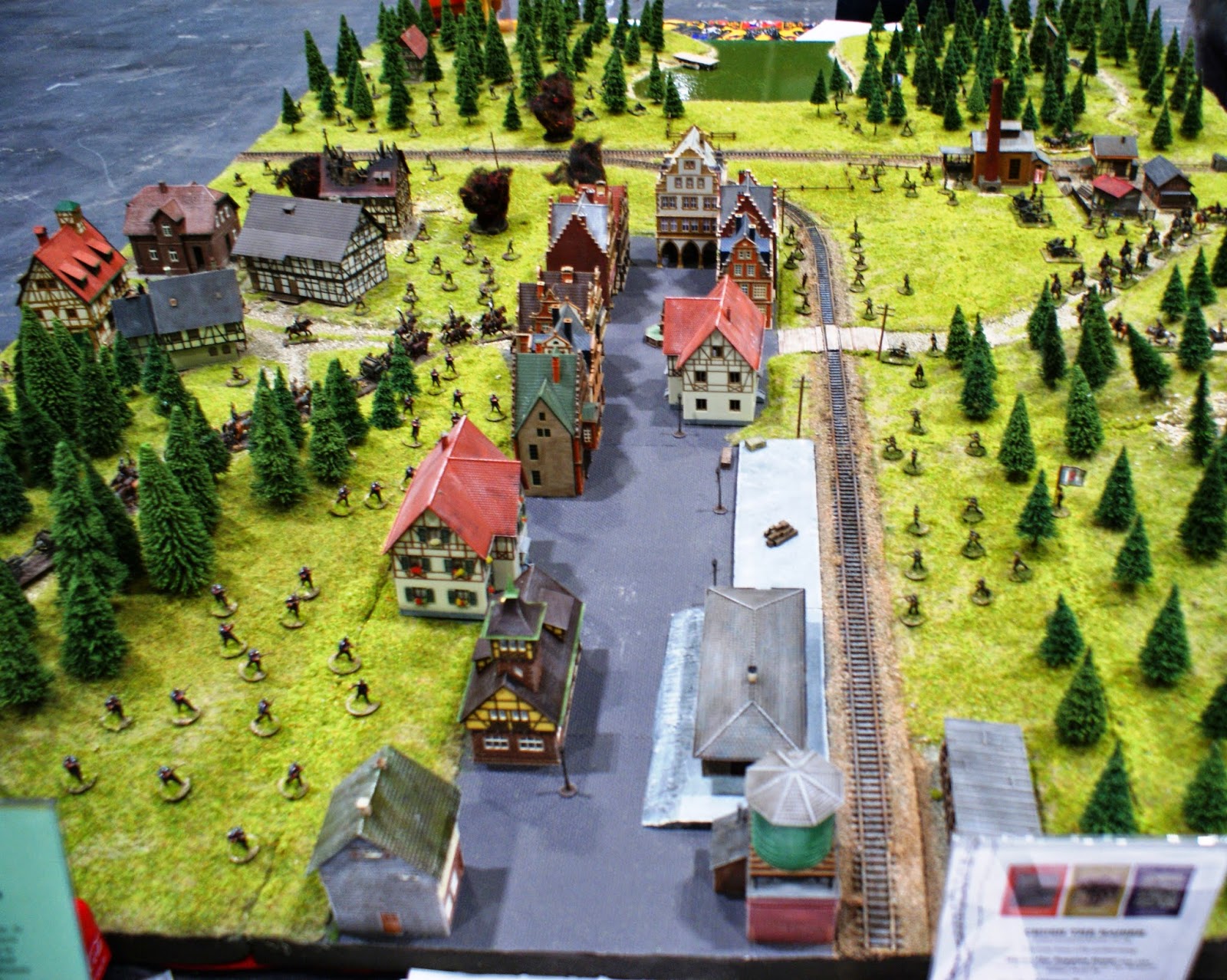 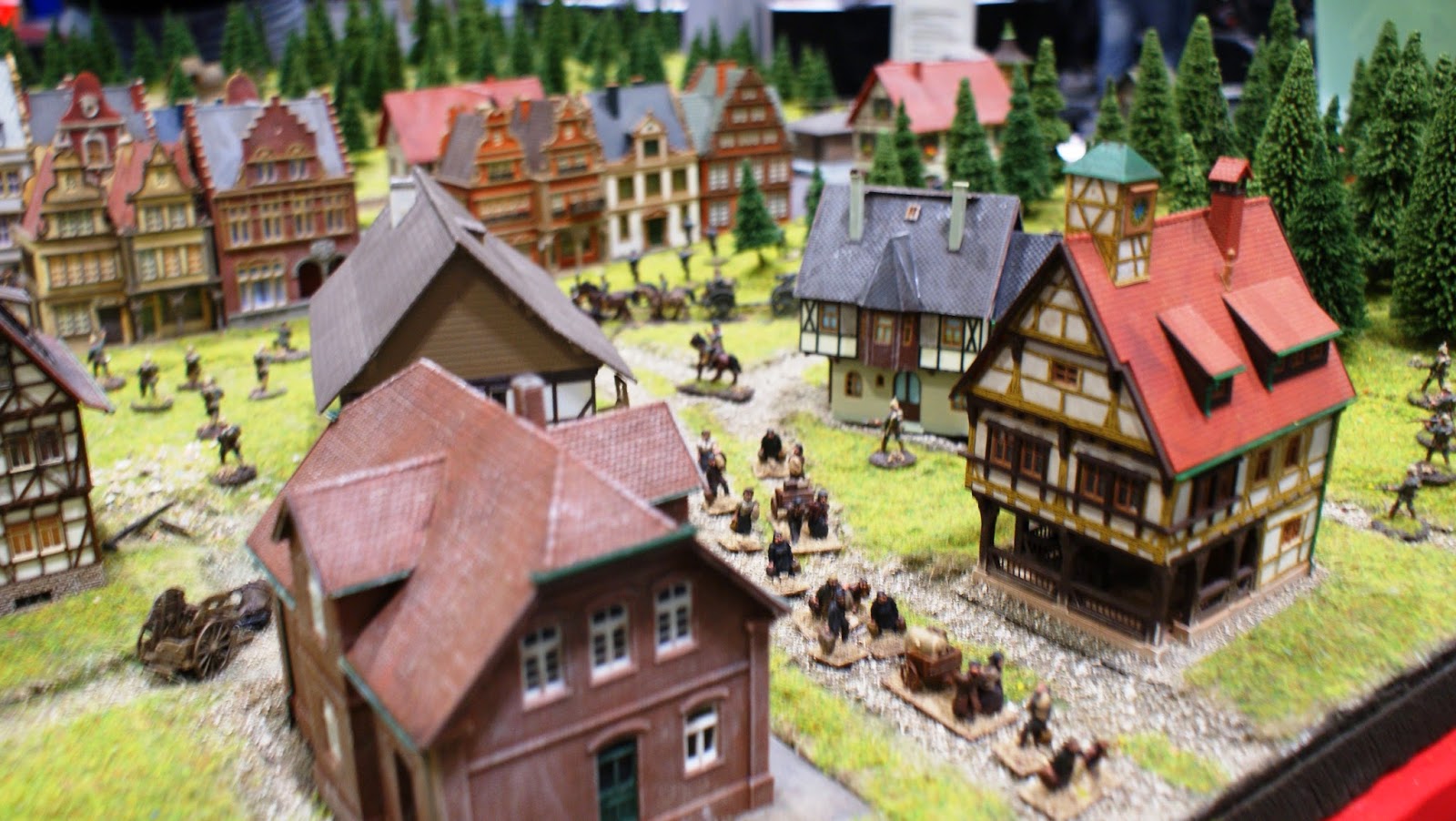 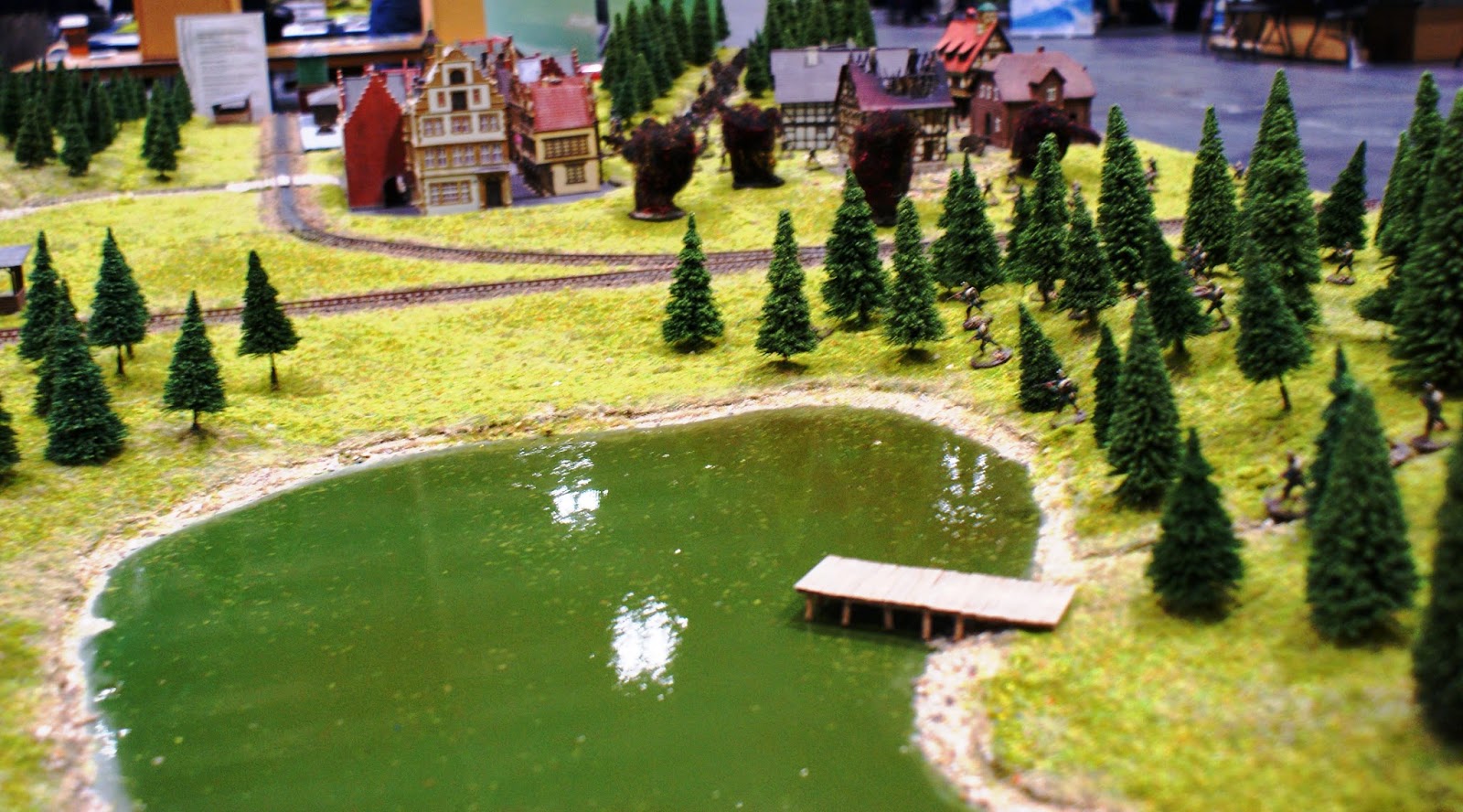 Posted by Crush The Kaiser at 04:25 No comments: