A few more photos from the trench game

Here are a few more pictures from our game at Milton Keynes last weekend. 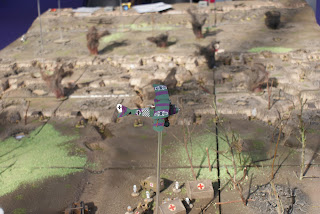 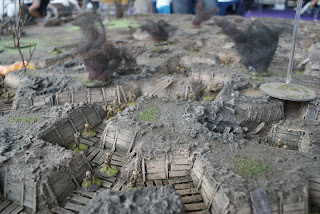 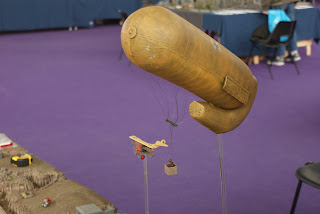 Posted by Crush The Kaiser at 13:27 No comments:

We really enjoyed Campaign, the 2 day wargames show in a shopping centre in Milton Keynes last weekend - many thanks to Neil and the other organisers at Milton Keynes Wargames Society for putting on such a good show!

The unusual thing about having a wargames show in the middle of a shopping centre is the number of "non-wargamers" - the general public - who stopped to look at the game and to talk to us about it and about the Great War. It was great to talk to so many people and to explain what we were doing, and also to talk to wargamers who appreciated the work that had gone into presenting the game. And the cold tea in the shellholes drew loads of attention again!

This was probably the last outing for the trench game at a waragames show. It will now go into a dignified retirement (in the new wargames shed!) as we concentrate on the Race to the Sea game. We have already started planning our game for 2013 as well!

I took a few photos of the game, with some interesting results as we were in direct natural light from the glass roof: 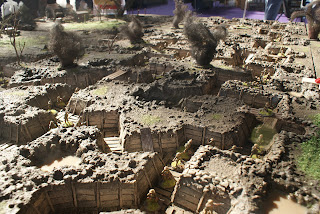 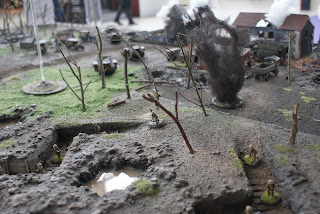 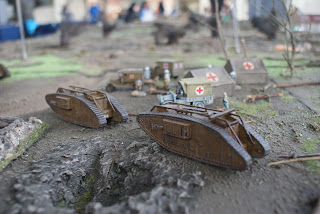 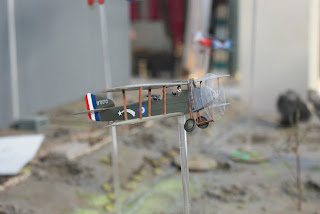 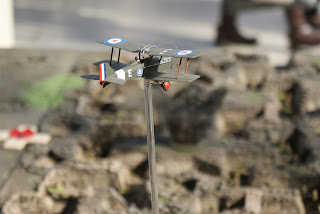 Posted by Crush The Kaiser at 00:27 No comments:

The trench game gets another outing!

We are off to Campaign this coming weekend, which is a wargames show staged over 2 days in the middle of a shopping centre in Milton Keynes! So we thought that it might be best to take the trench game, rather than Race to the Sea, to illustrate the Great War to the general public. We'll have all the usual stuff with it, hordes of aircraft and too many boxes of figures to get in the car and this time I will charge up the battery for my camera! If you are in the Milton Keynes area this weekend, do drop in and say hi!

We won't have the new aircraft stands yet though. I've found a magnetic pointer in a well known retail store in the UK (five letters, last four ESCO) that extends over seven sections and ends up 24 inches long (or high, depending how you look at it!). They were selling at the grand sum of £1.27 each, so I bought 18 of them! Soon you'll see these on the table as we develop our WW1 air rules further.
Posted by Crush The Kaiser at 08:44 No comments: