Building Race to the Sea begins!

We've started building our new show game for the 2012 season, based on the battle in October 1914 around the town of Dixmuide. We're not trying to represent Dixmuide as it was then 100% accurately, just a representation of a small Belgian town by a canal! But we are showing an area of flood, as the sluice gates were opened at Nieupoort later that month and the whole area up to the canal and railway embankment flooded, so we are including a part of that area. Naturally we want a game that is going to look dramatic as well as play well!

The Battle for Dixmuide was really important for the course of WW1, but often overlooked in favour of battles such as 1st Ypres. If the remains of the Belgian army, who had fallen back from Antwerp, and some French infantry and a brigade of French Fusiliers Marin had not valiantly held Dixmuide, the Germans may have reached the Channel ports and cut the British Army off from its supplies! 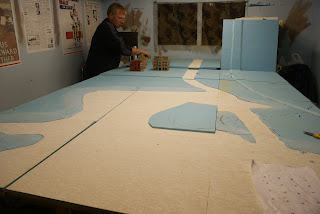 At the moment the set doesn't look like much, as it is just a lot of blue stryofoam boards with wallpaper to represent the flooded area and the canal. But I'm attaching a few photos so you can see where we have got to so far.

We'll be using the new supplement in the Crush the Kaiser series called "Over by Christmas" which will cover the period from the beginning of the war on the Western Front in August 1914 to the end of 1915 and the early part of 1916. That's still in preparation, but it should be out soon.

I'll keep you posted on developments! 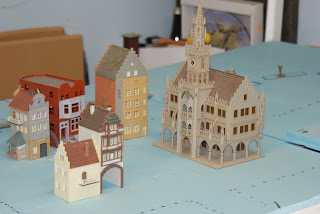 These are the first of the buildings, there are more on the way (when my ebay parcel arrives from Germany!) Of course they'll need careful re-painting. 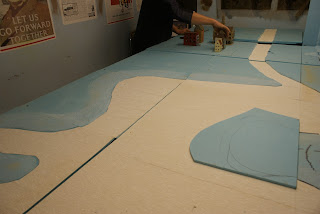 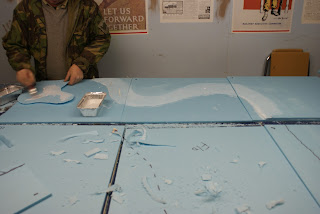