Photos from the Trenches of Death Diksmuide

Hopefully this will work and attached are some pictures of the preserved Trenches of Death at Diksmuide. 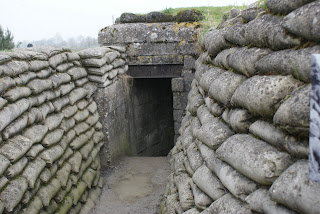 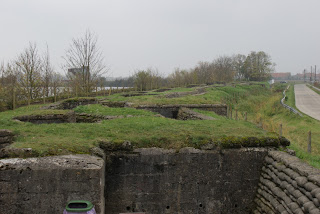 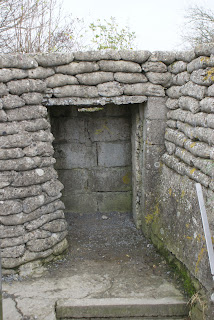 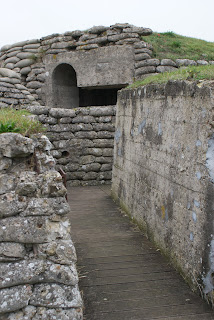 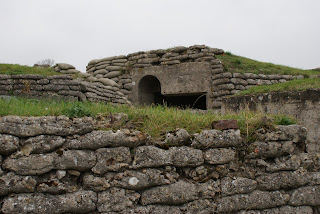 What a fantastic show last weekend at Antwerp. The organisers, Tin Soldiers of Antwerp, really do pull out all the stops to make it one of the best shows on the circuit, and deserve loads of praise and thanks for all their hard work. And with a new venue next year it promises to be even better!

We really enjoyed ourselves at the show and met some very nice people. It was good to talk to everyone who came to say hi to us and discuss the set, the figures, the vehicles and so on. In fact lots of people asked me where the vehicles came from: the buses were by Keil Kraft, as was the steam lorry and one of the ambulances (although that was really a GWR parcel delivery lorry!) the Vauxhall Prince was a bootfair purchase (I bought 6 cars for £1.00) and the wagon came from Convoy Models. The observation balloon was by Roseplane, a vac-form kit that went out of production in the 80s but there are still some around if you scour e-Bay often enough! Buying the kit was one thing, putting it together quite another!

On the Sunday after the show, on the way back to the ferry, we went to Diksmuide to see the Yser Front and the Belgian "trenches of death". This is quite a forgotten area of the Front that gets overlooked by it's more popular cousins at Ypres and the Somme but if you ever get the chance you should go and see it. On a misty morning in November there was nothing more evocative of the war than walking round the preserved trenches right by the Yser - at times the Germans were just 7 metres away from the Belgian trenches.

If I can work out how to post photos on this blog I'll put some up of the trenches!
Posted by Crush The Kaiser at 05:02 3 comments: