A day in the Salient Part Three - Zonnebeke

We've been to the museum at Zonnebeke before (see photos earlier on this blog) but sine then it has been extended and a replica trench system has been created. As we've posted photos of the museum already I'll concentrate on the new bits!

After going through the museum and the British underground command bunker you emerge into a new area focussing on the battle of Passchendale. There are several rooms of exhibits and weapons, and it is very well done.

These are in the new rooms - firstly a Minenwerfer with shells: 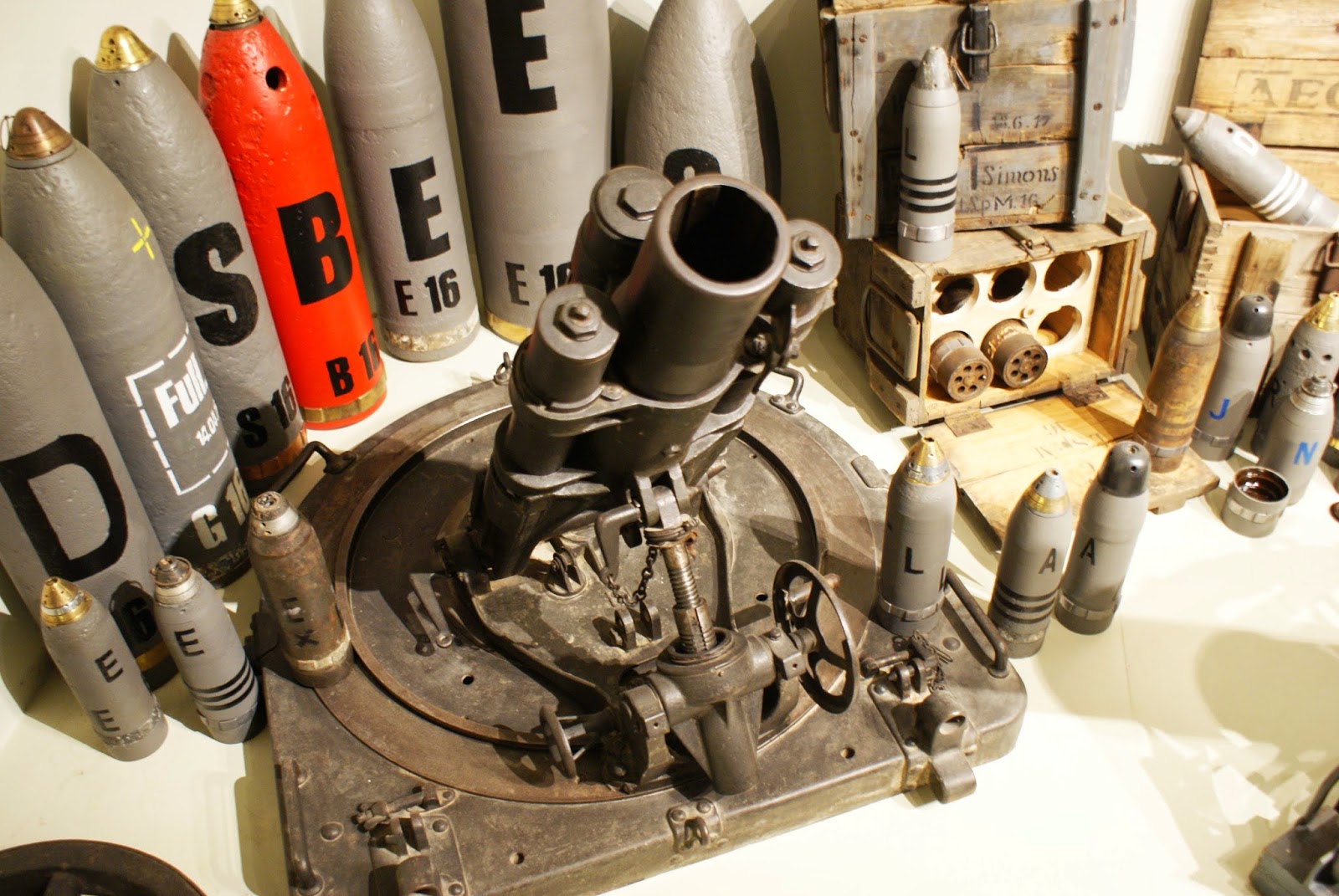 A German 150mm with limber: 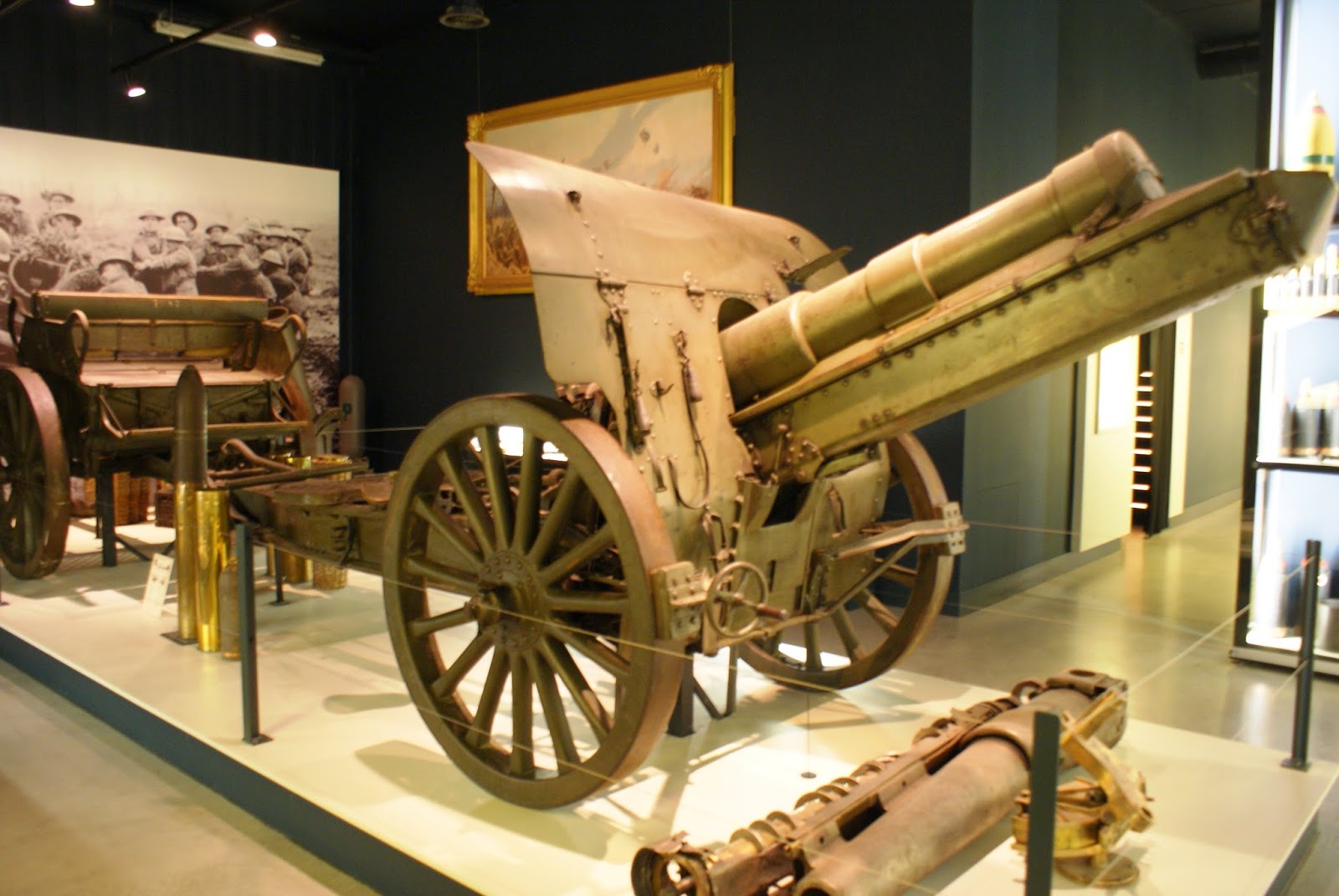 A very impressive display of shells: 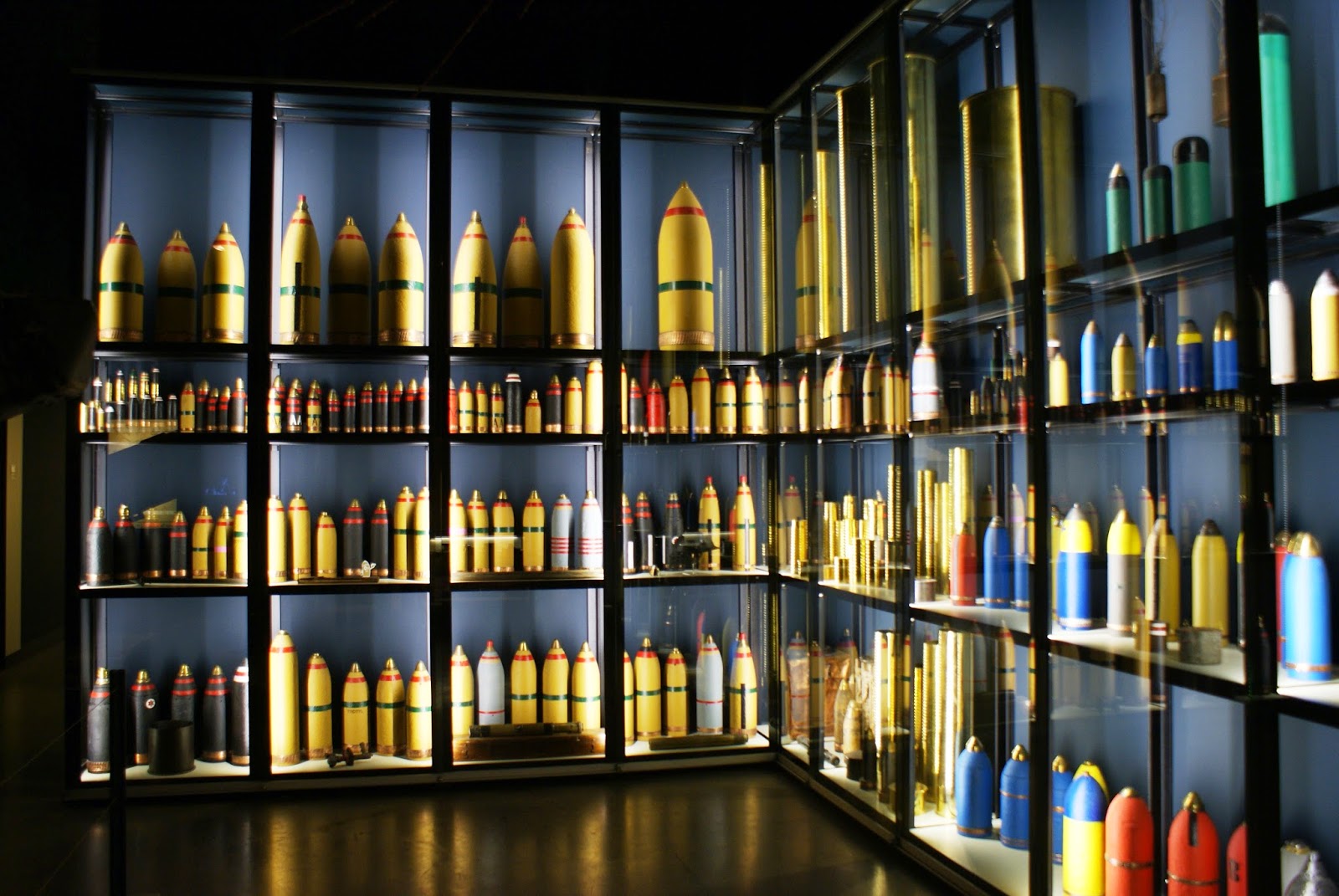 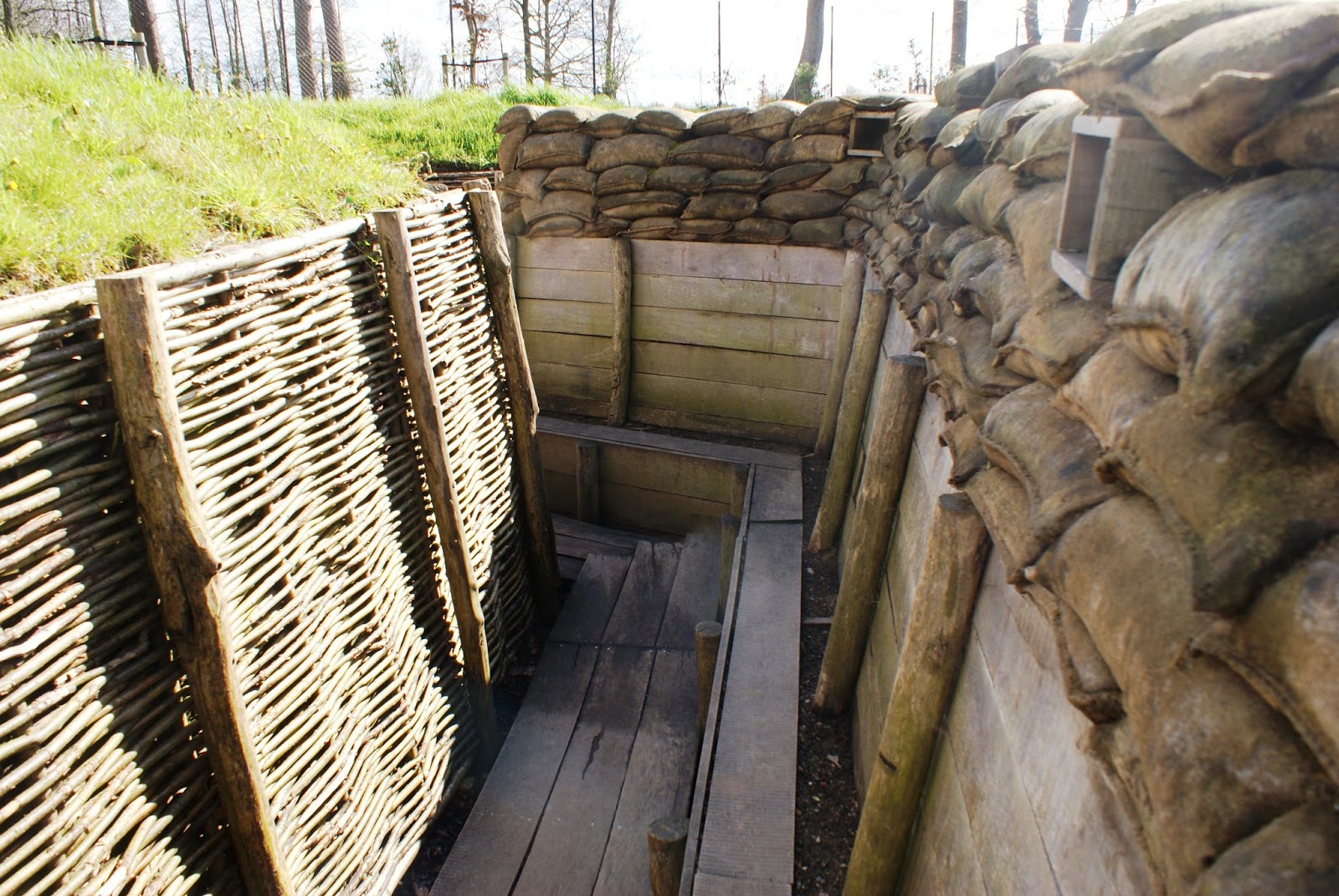 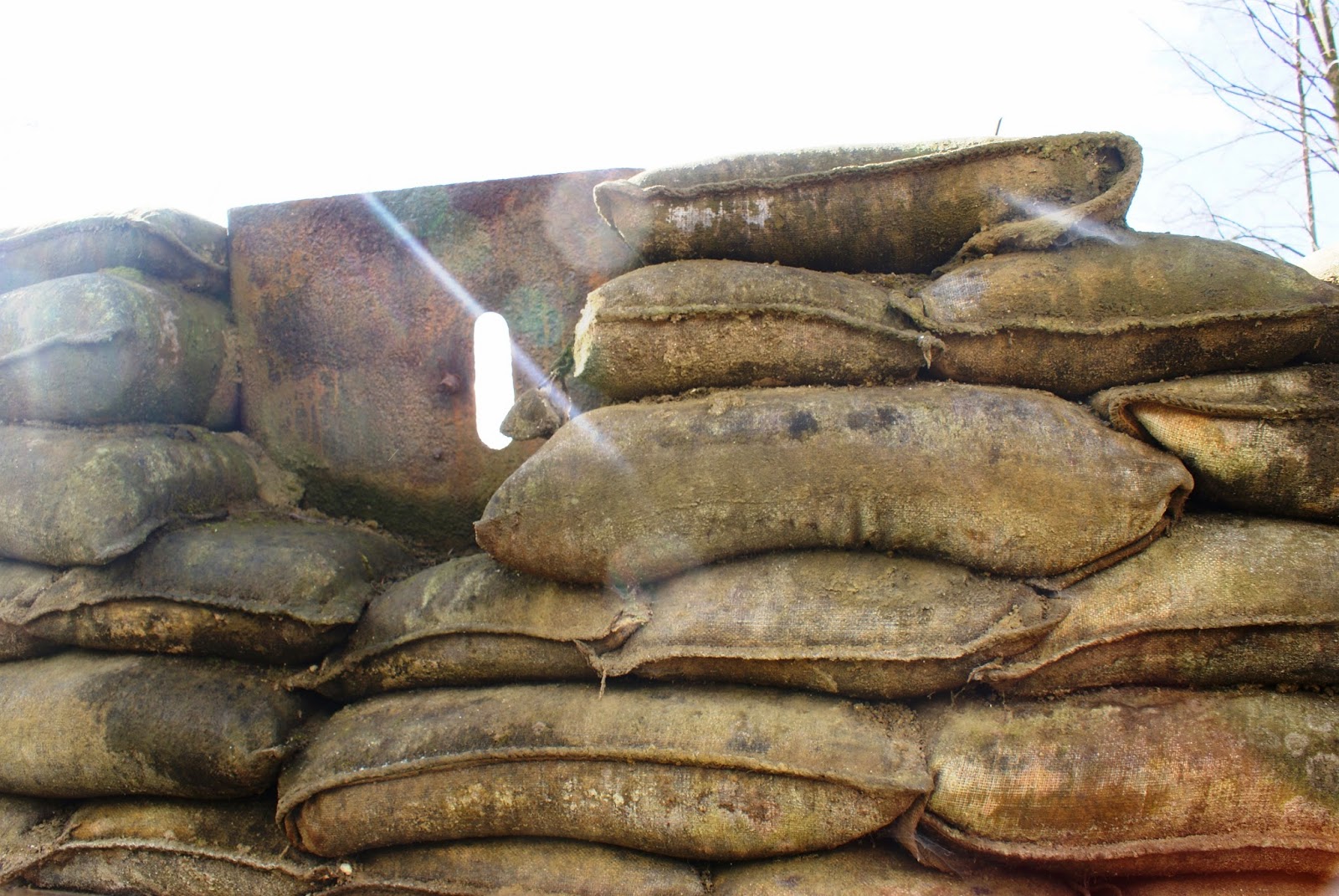 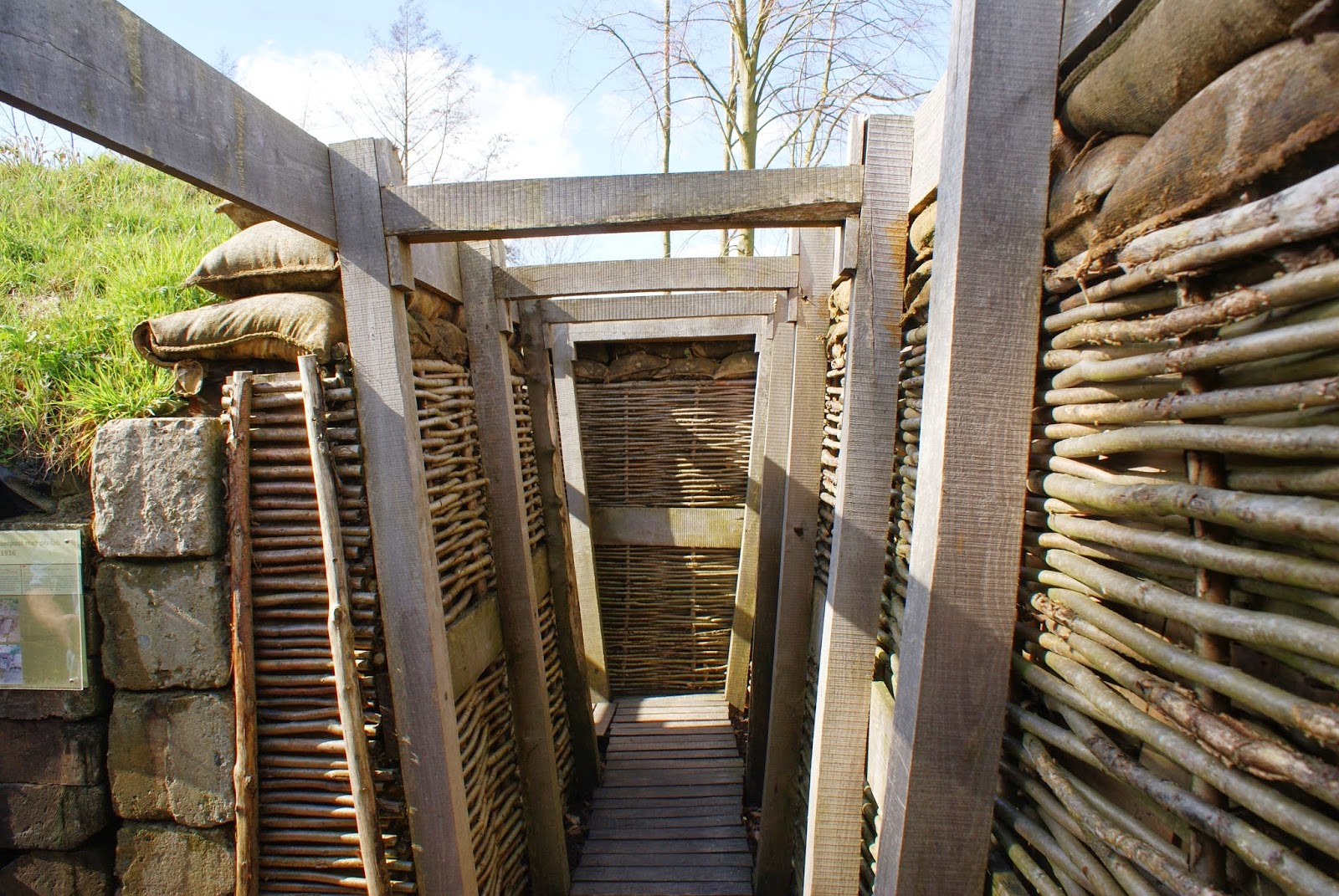 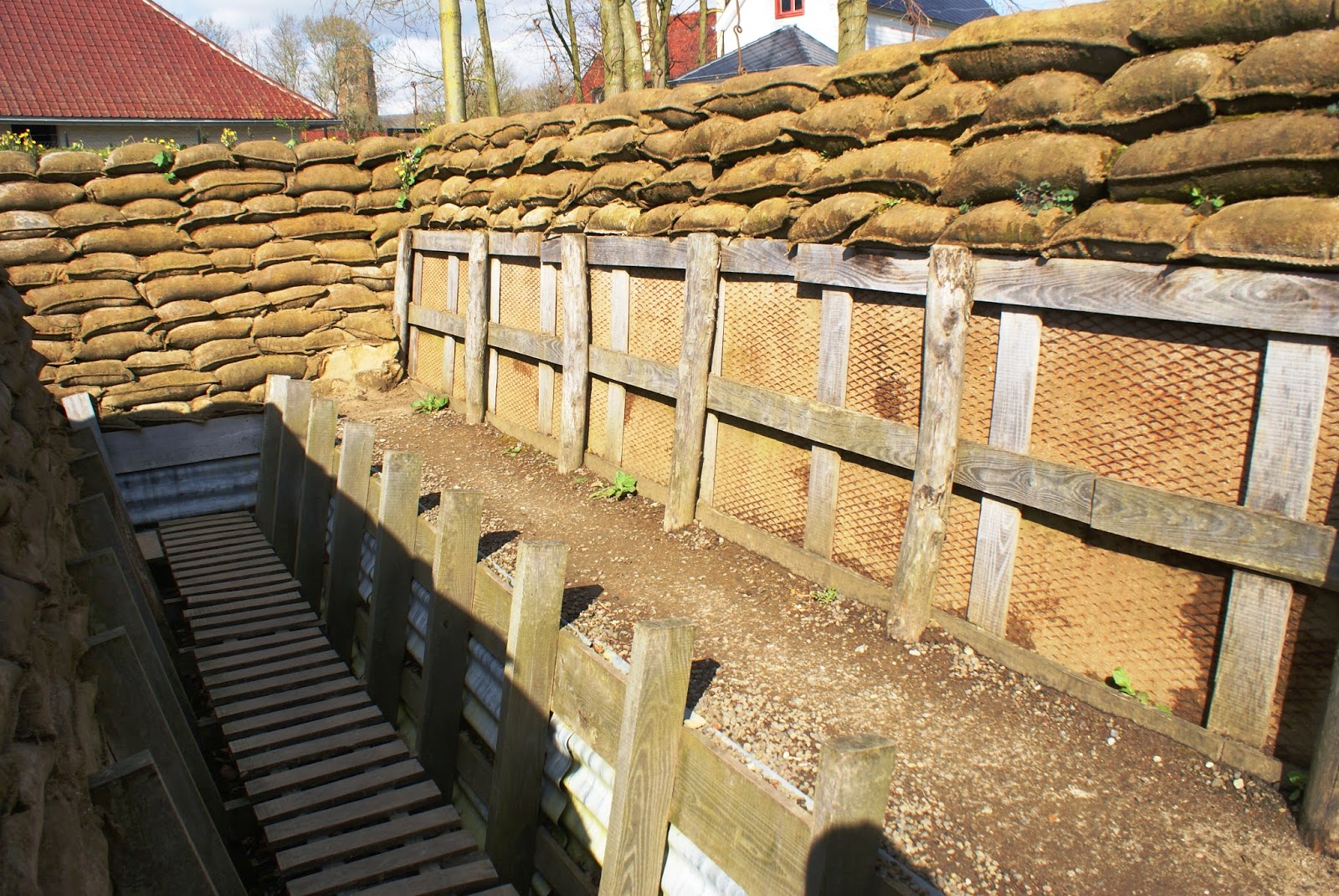 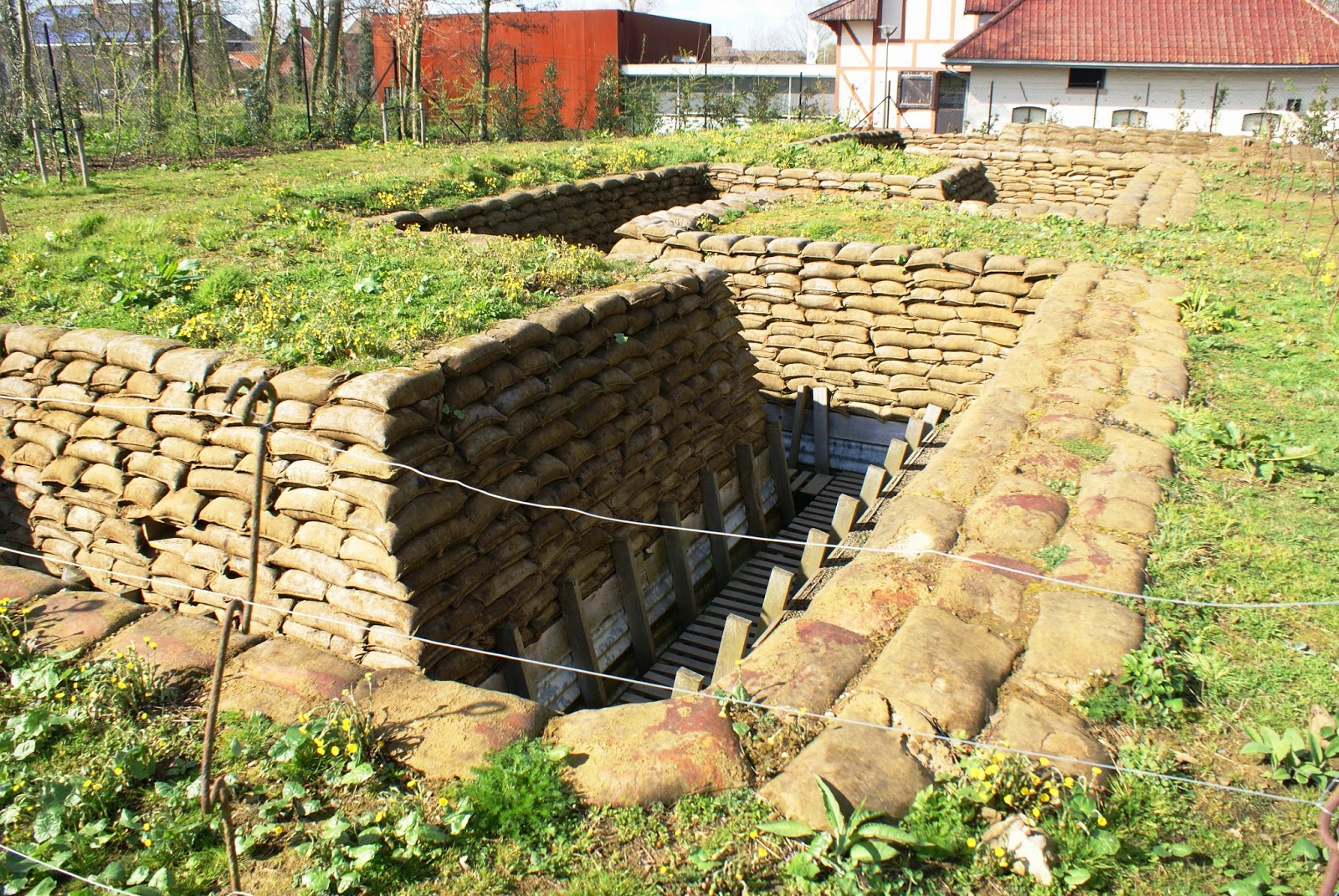 And the German trenches from ground level: 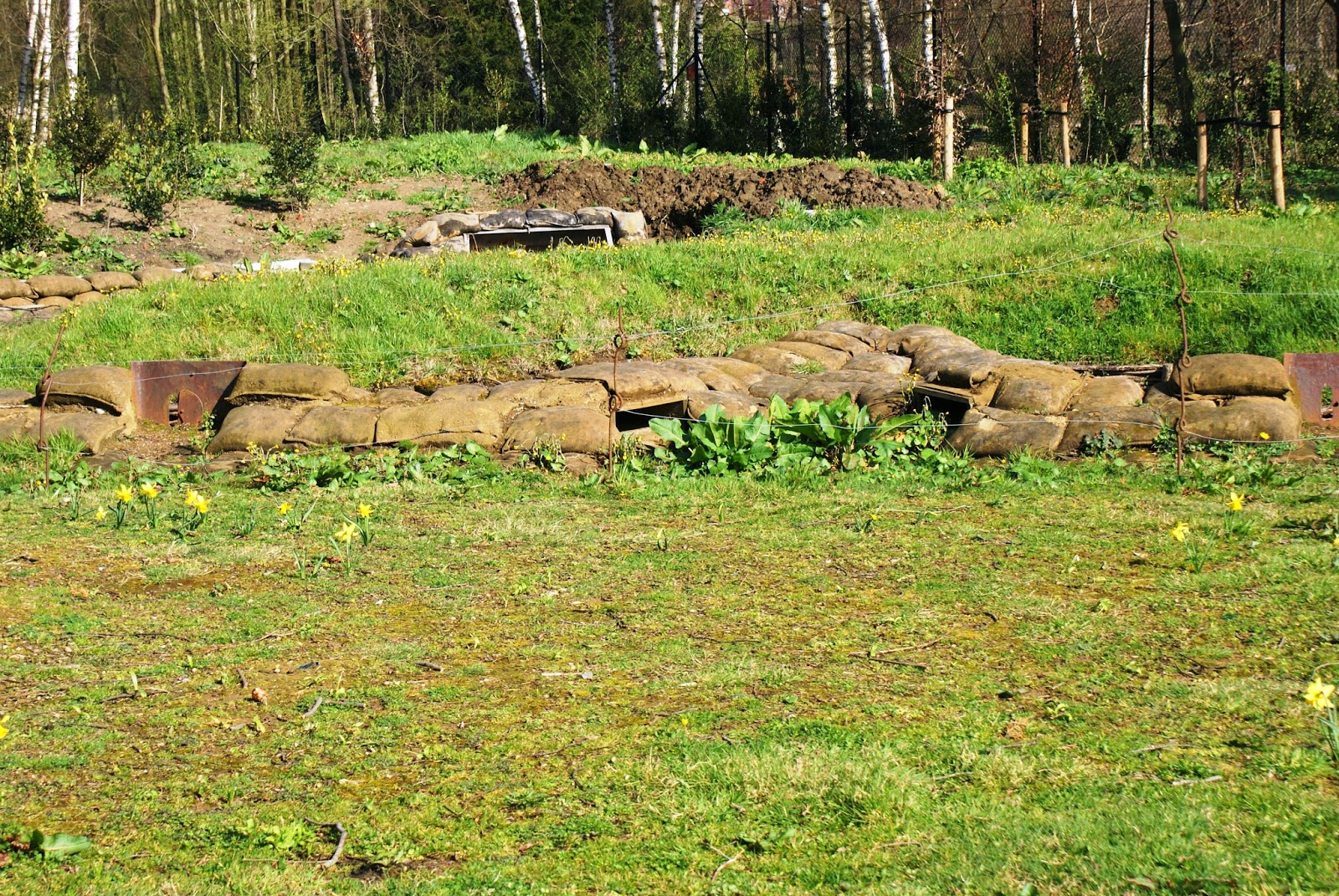 Posted by Crush The Kaiser at 02:27 No comments:

A day in the Salient, Part Two - Bayernwald


After visiting Locre we drove on the short distance into Kemmel, as you have to buy your ticket for the Bayernwald trenches in the tourist office in Kemmel. The trenches are half-way between Kemmel and Wijtschate (known as Whitesheet to the Tommies) and are based on original trenches excavated in the 1990s. They were restored about ten years ago and now give a really good idea of a German trench system complete with four bunkers. These were not MG bunkers but were used as shelters for the troops in a heavy bombardment (the only time they were allowed to use them, to maintain a martial spirit!).

The trenches are excellent and well worth visiting if you are in the area. One additional point is that it is known that Hitler served in this area at one time during the war so he may well have been in these trenches at some point. Here's what they look like from the ground: 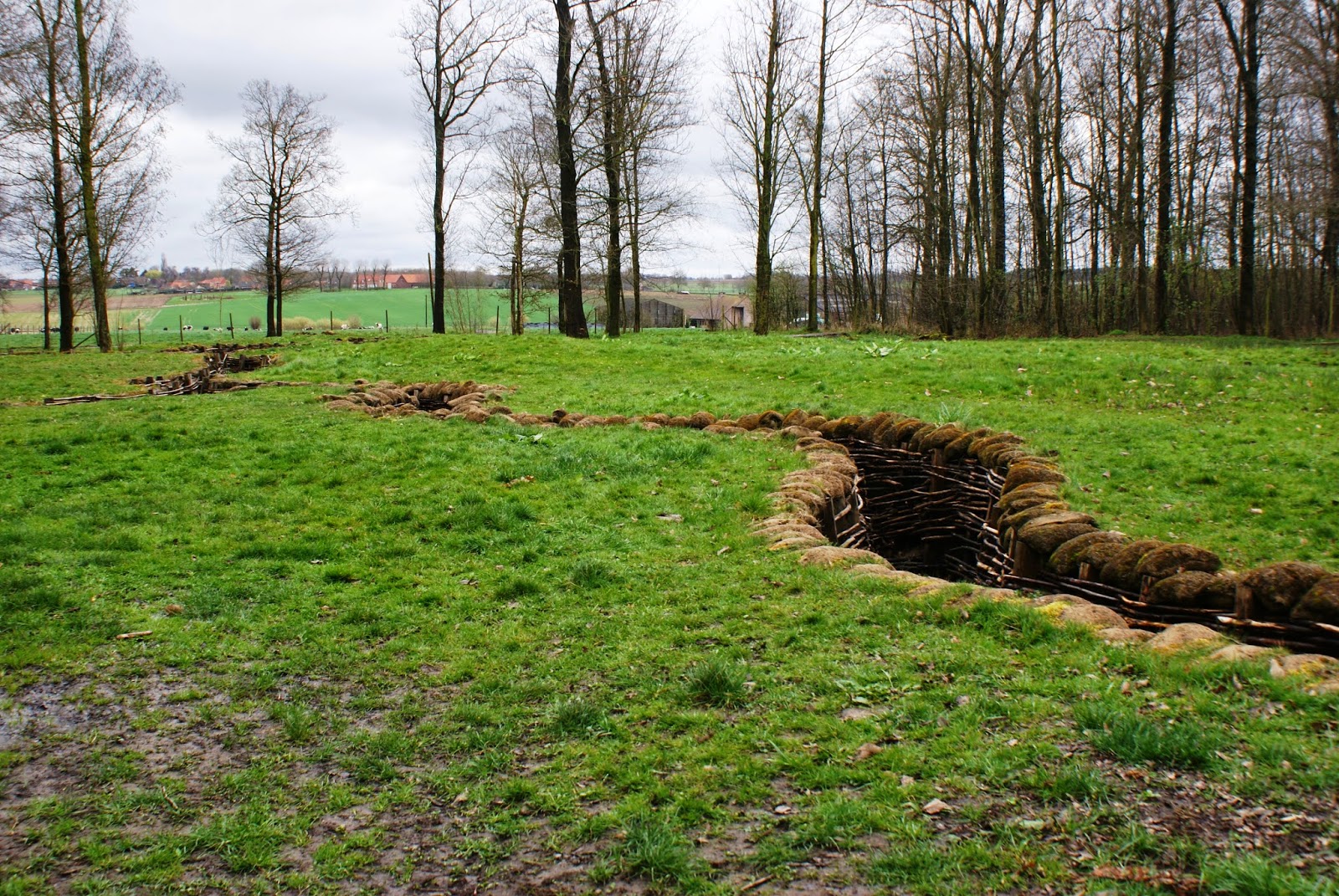 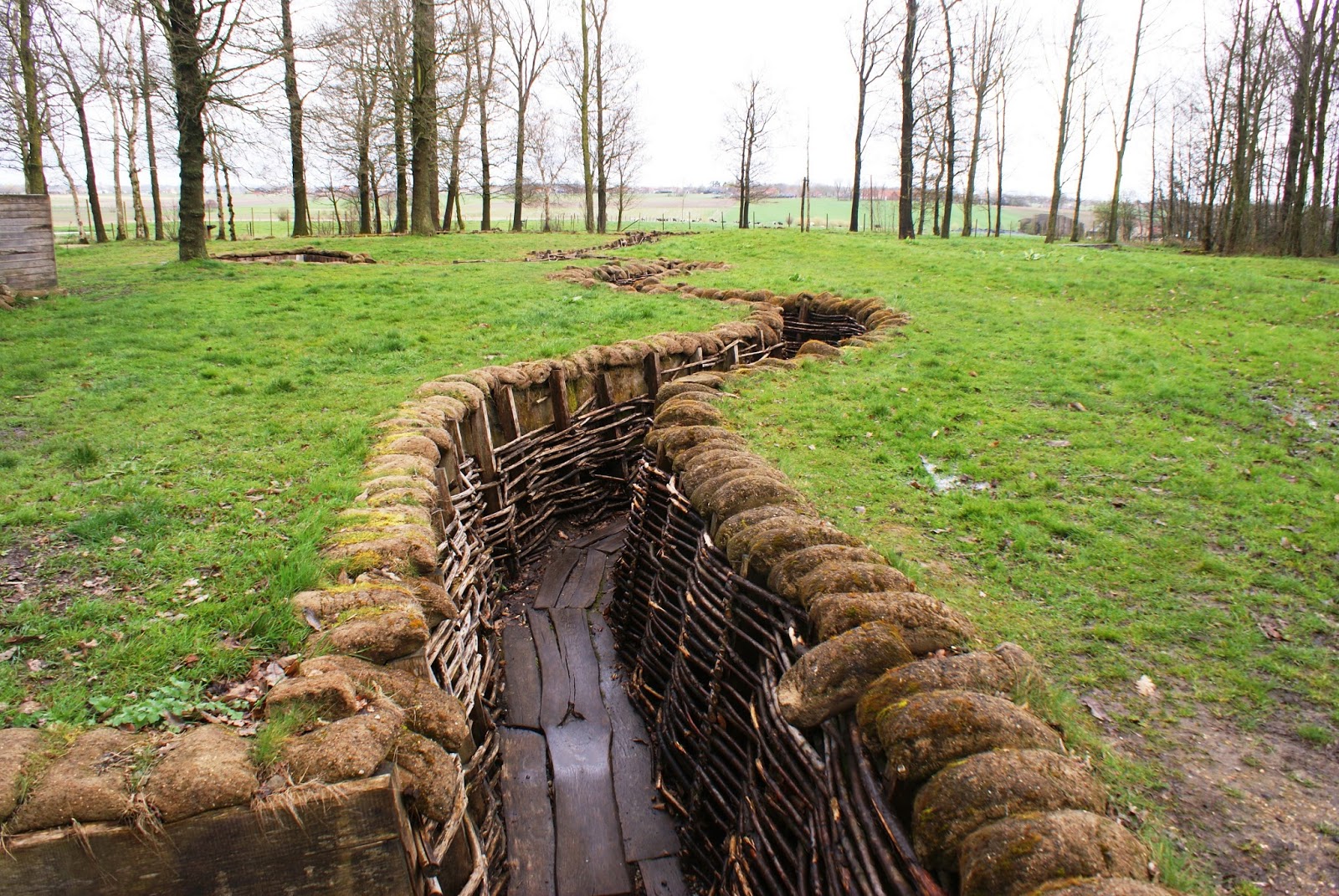 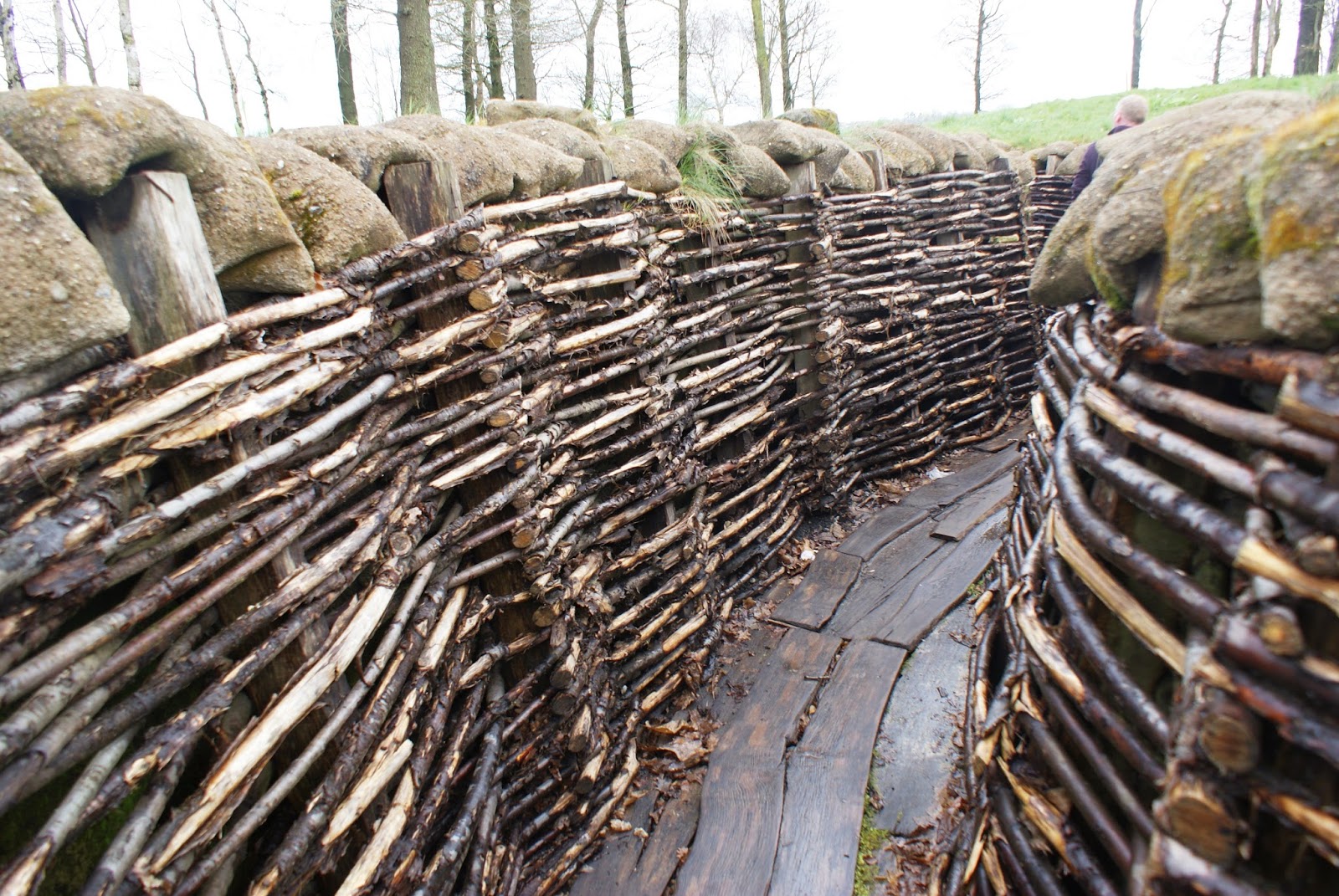 One of the bunkers: 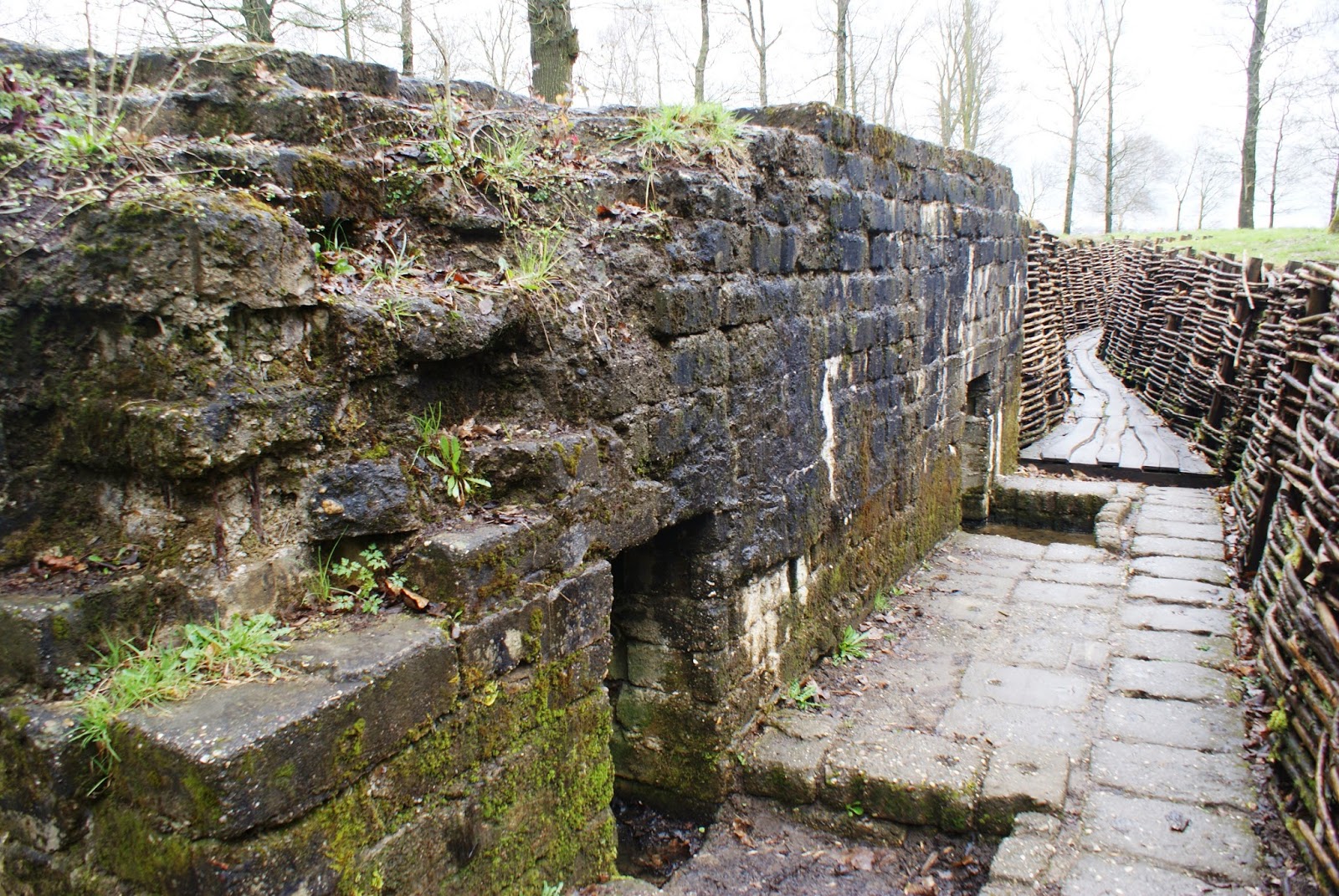 And the view from the trenches towards the British lines, which were between the house (not there at the time obviously!) and the wood: 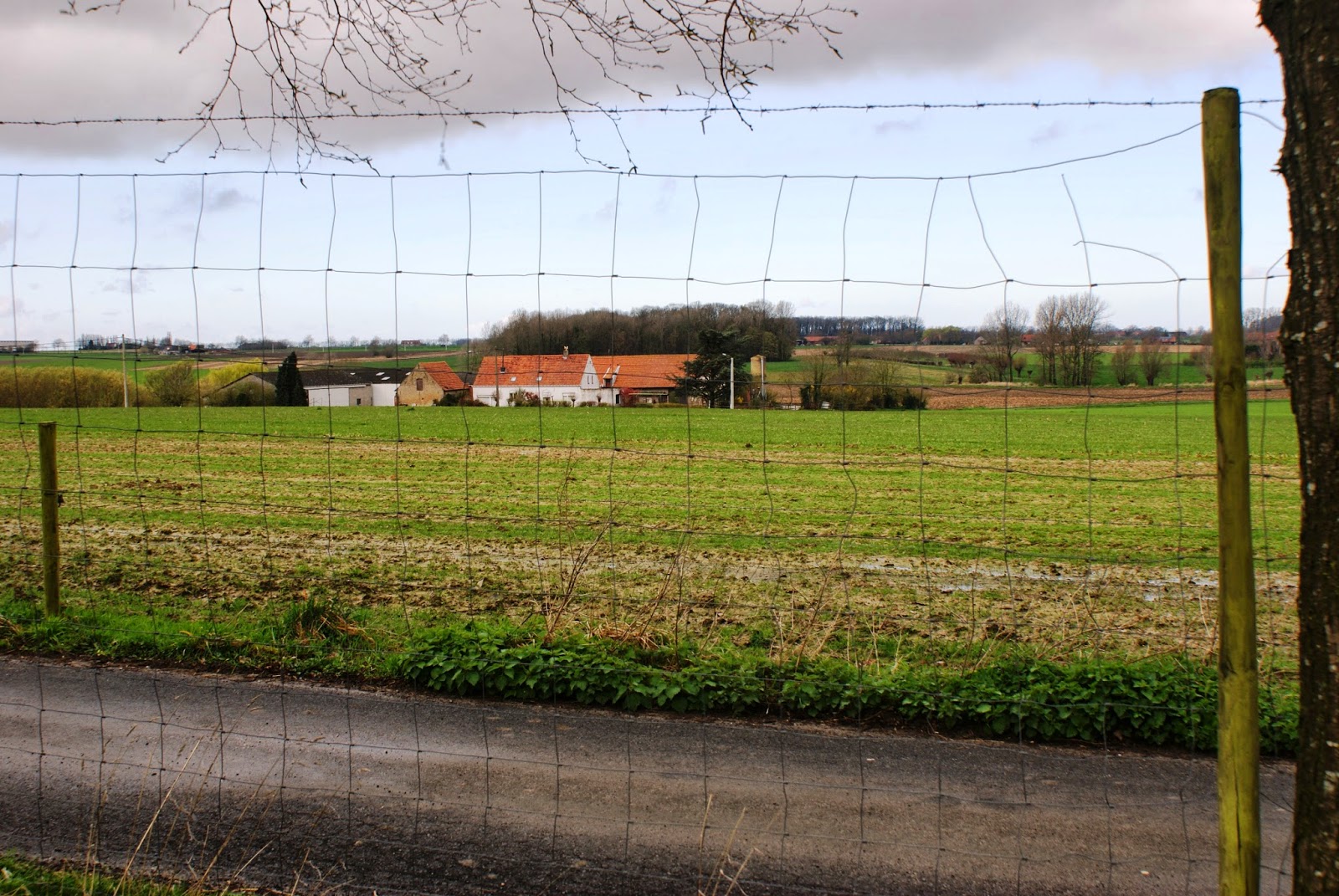 They also found a couple of shaft entrances to underground bunkers - now filled with water as they are no longer pumped out: 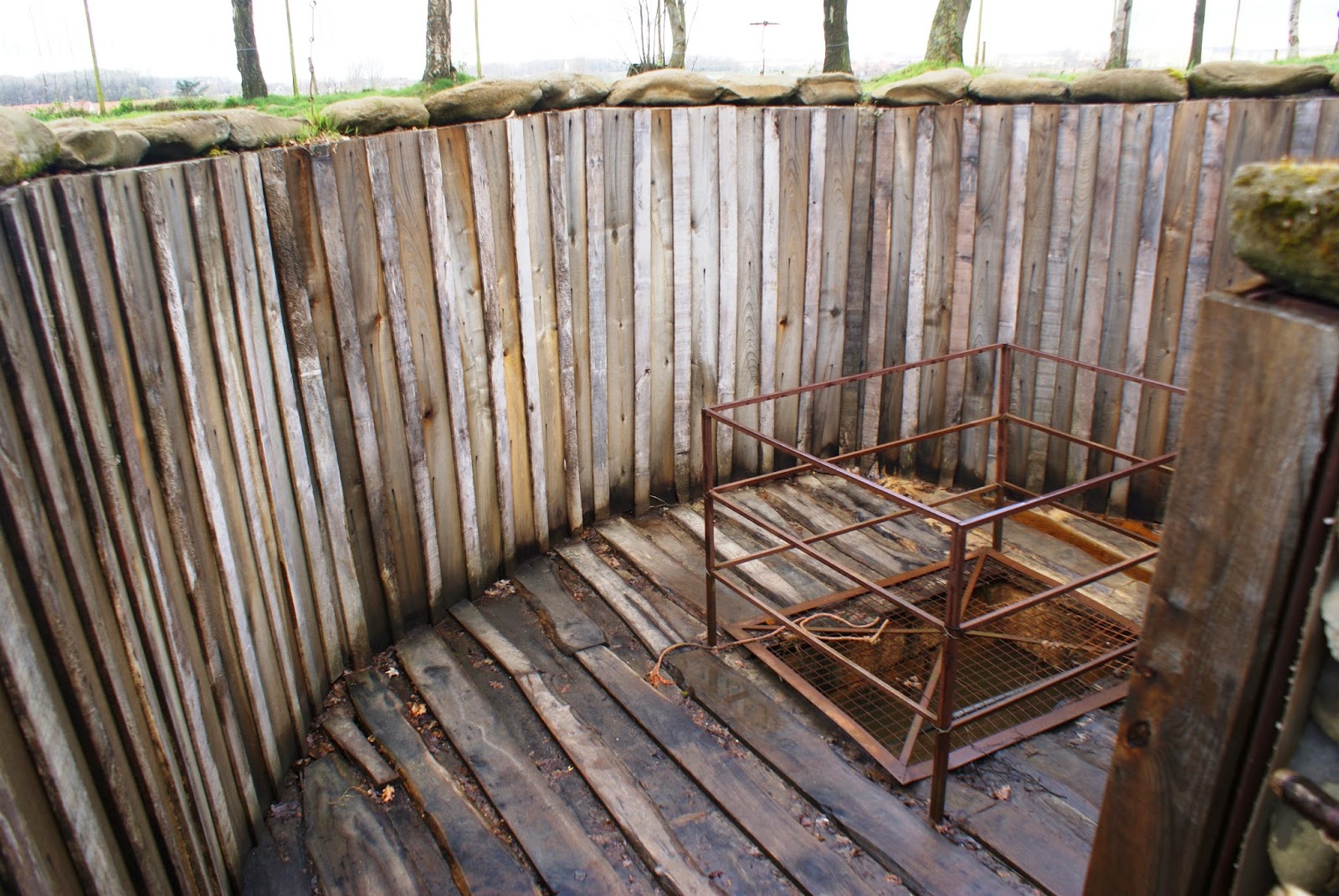 Posted by Crush The Kaiser at 02:05 No comments:

A day in the Salient, Part One

Last weekend en route to see our friends at the TSA club in Antwerp we took the opportunity of a very early ferry crossing to stop off and explore some areas of the Ypres salient. We wanted to go to some places we hadn't been to before and to a museum that had been re-done, so our route took us to Kemmel south of Ypres where we visited the bunkers on the Lettenberg near Locre and the re-constructed German trenches at Bayernwald, and then to the now extended museum at Zonnebeke.

I took lots of photos of course and will post some in sequence. Firstly the bunkers on the Lettenberg - these were British command and first aid bunkers from 1917 at a point that was then well behind the lines. From the top of the Lettenberg (which didn't have trees then!) the view over the Salient is amazing - you can see all the way to Diksmude in one direction and Passchendaele in the other.

Here's some pictures of the bunkers: 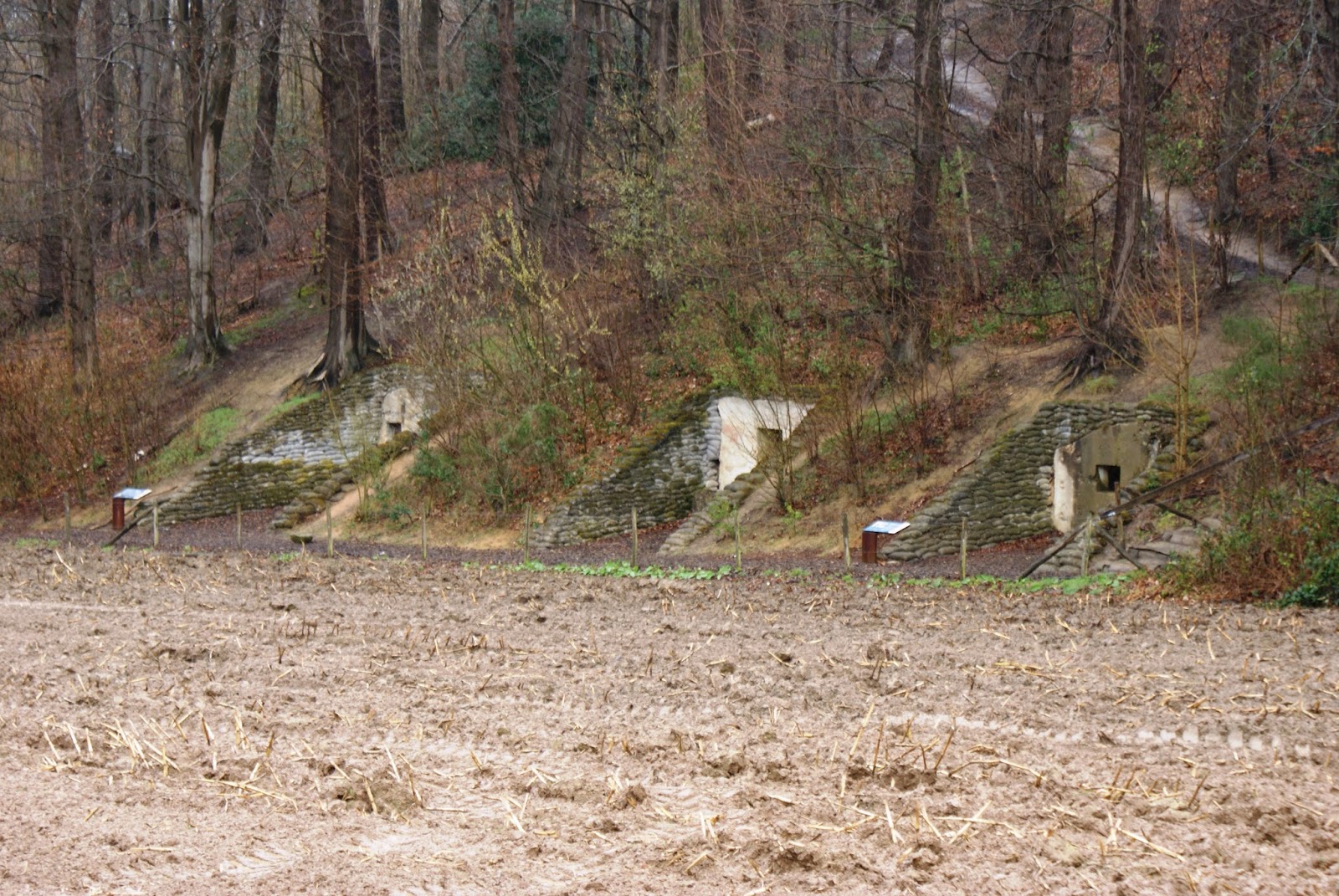 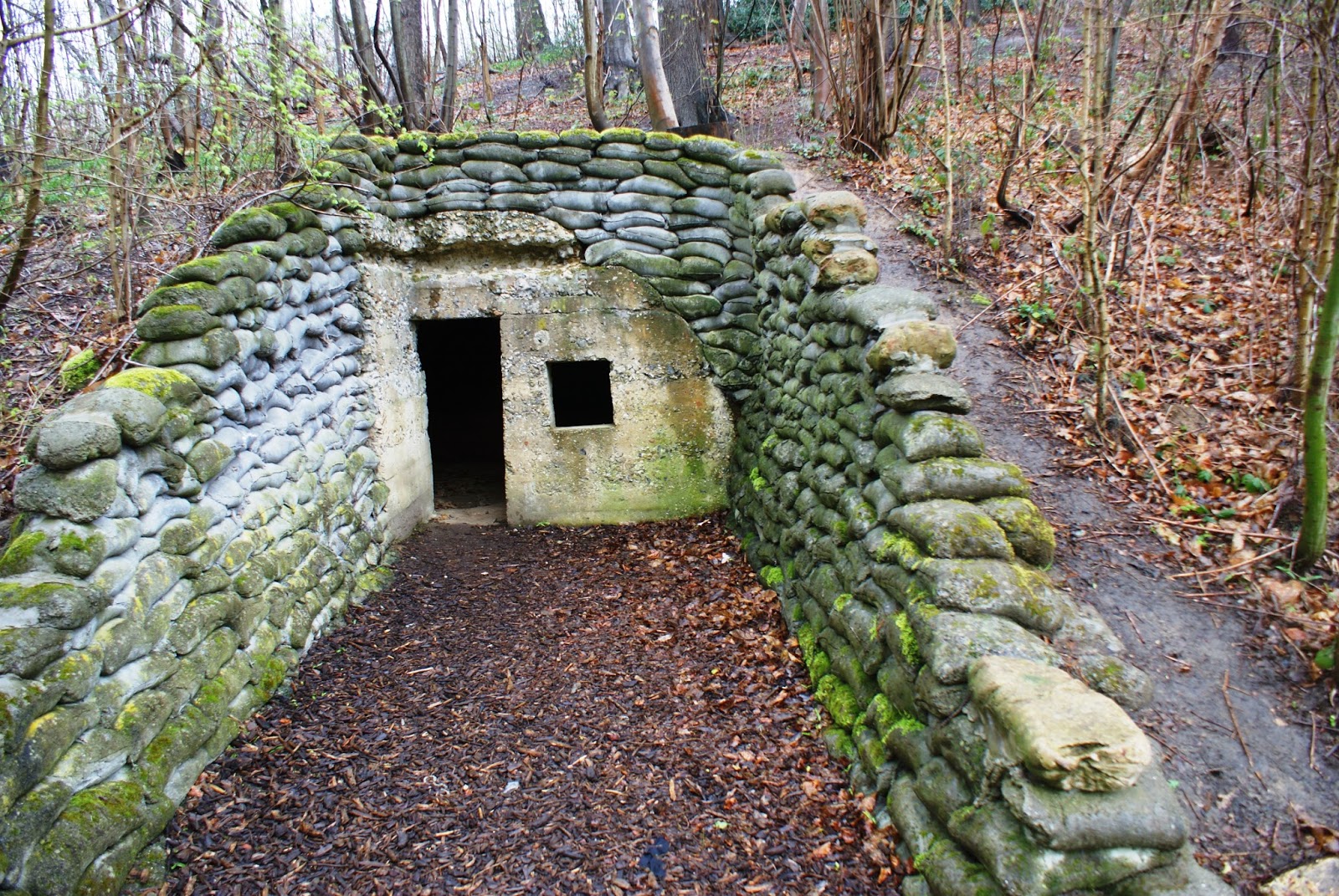 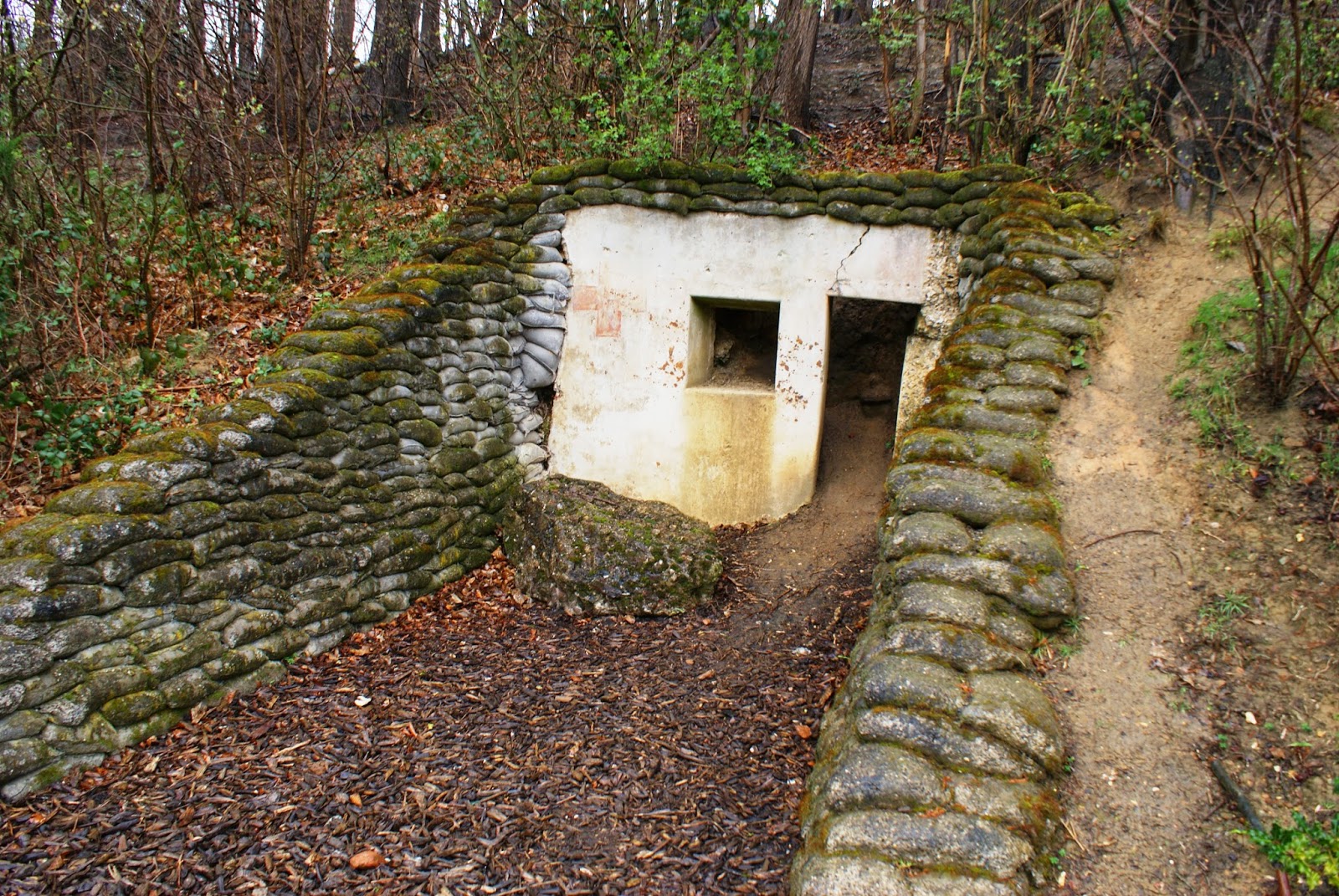 And here's the view of Kemmel from the top of the Lettenberg; 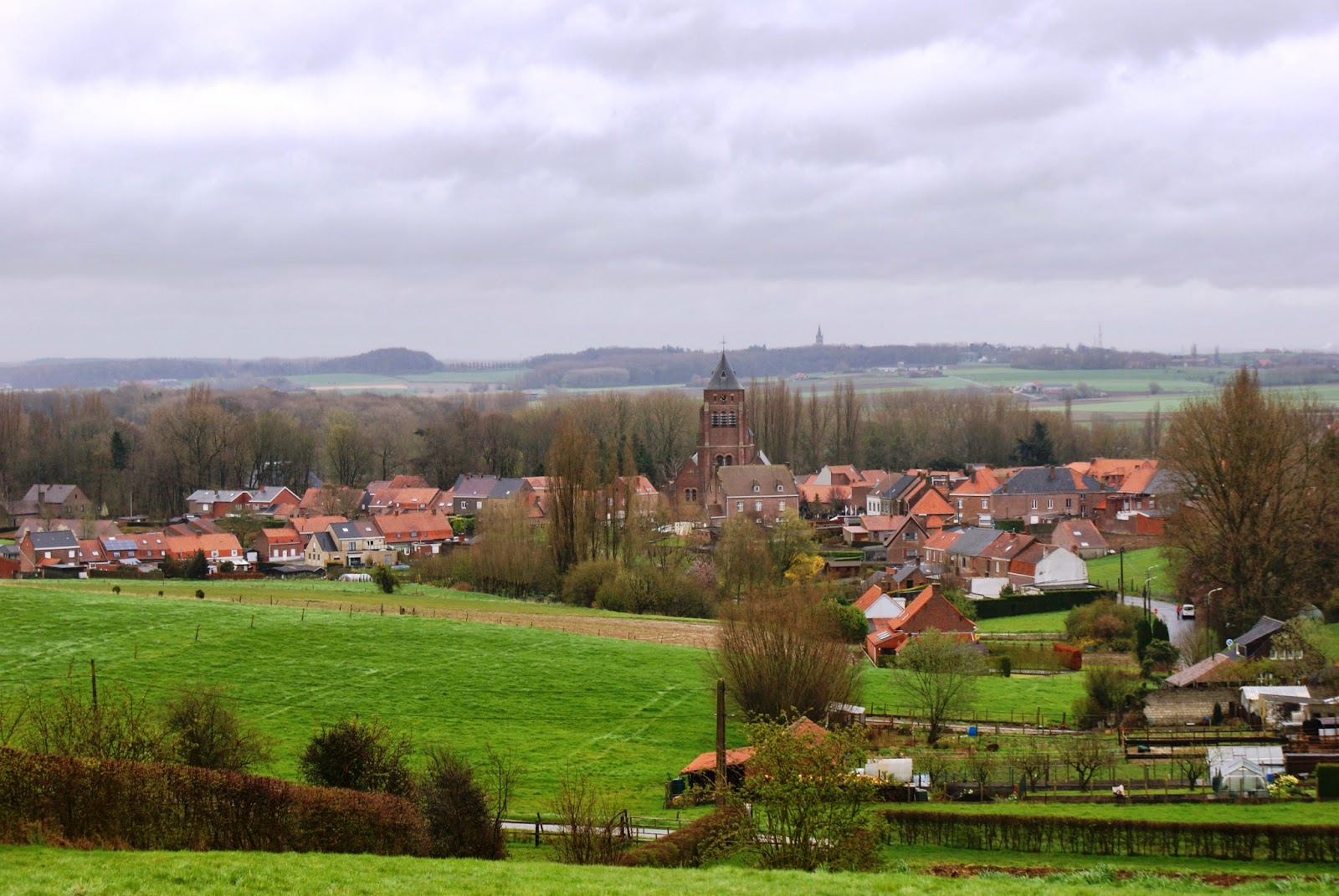 Posted by Crush The Kaiser at 01:42 No comments:

We are continuing to build the set for this years show games, based on part of the Battle of Tannenberg in August 1914. Many people think that the battle took place in Russia, but after a little research we realised that in fact it took place in East Prussia, and was part of the German drive to defeat the Russian invasion of East Prussia at the start of the war.

This means that all the buildings are Prussian not Russian. The architecture of the region is basically north European, which meant we could use a wider range of buildings to create the look of the area. We are still at the "whittling" stage, although we'll shortly be ready to start the grasswork, roads, lake and railway line. With only 5 weeks to go to Salute it will be cut a little fine but we will be ready!

Here's a couple of pictures to show you where we have got to so far..... 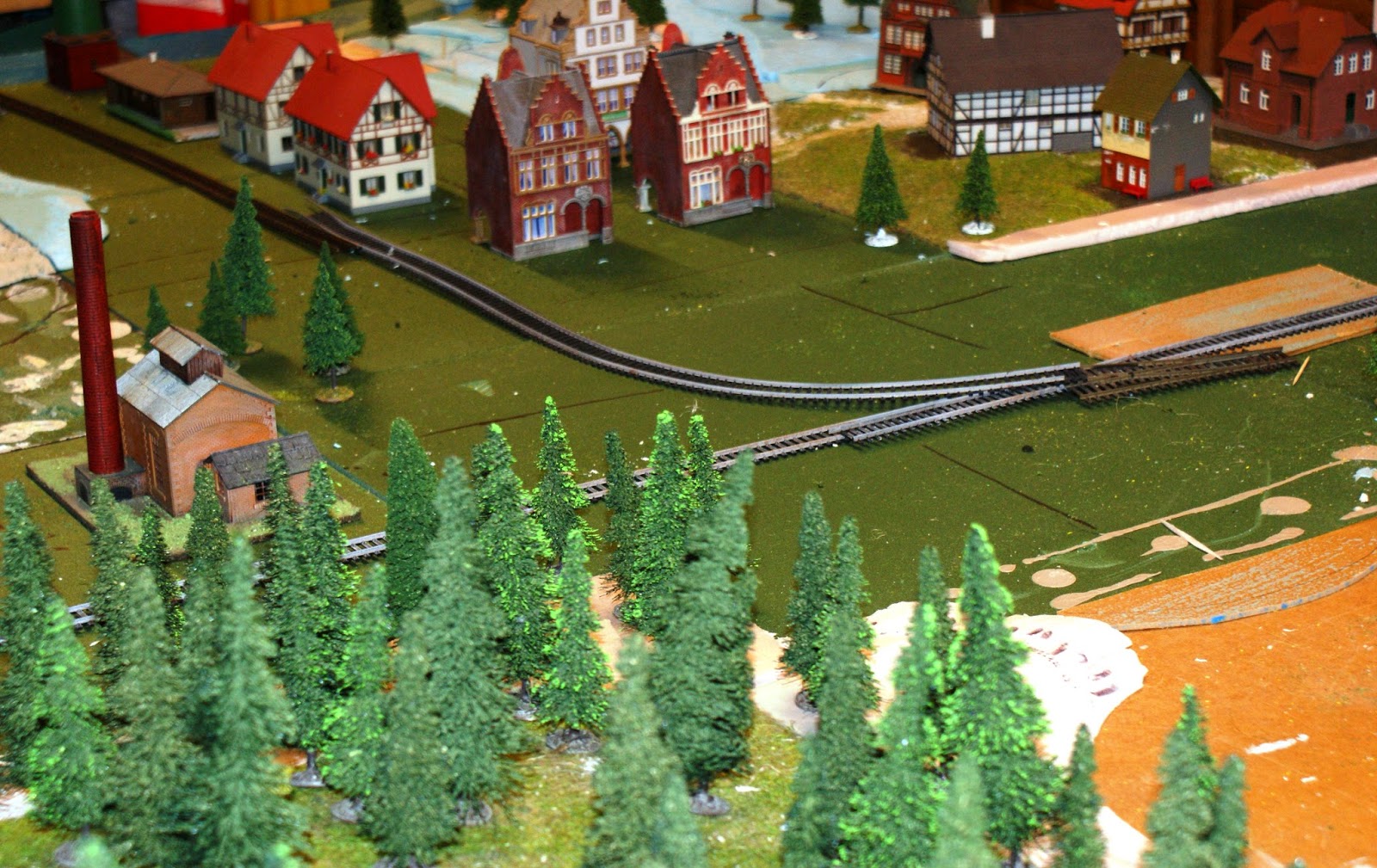 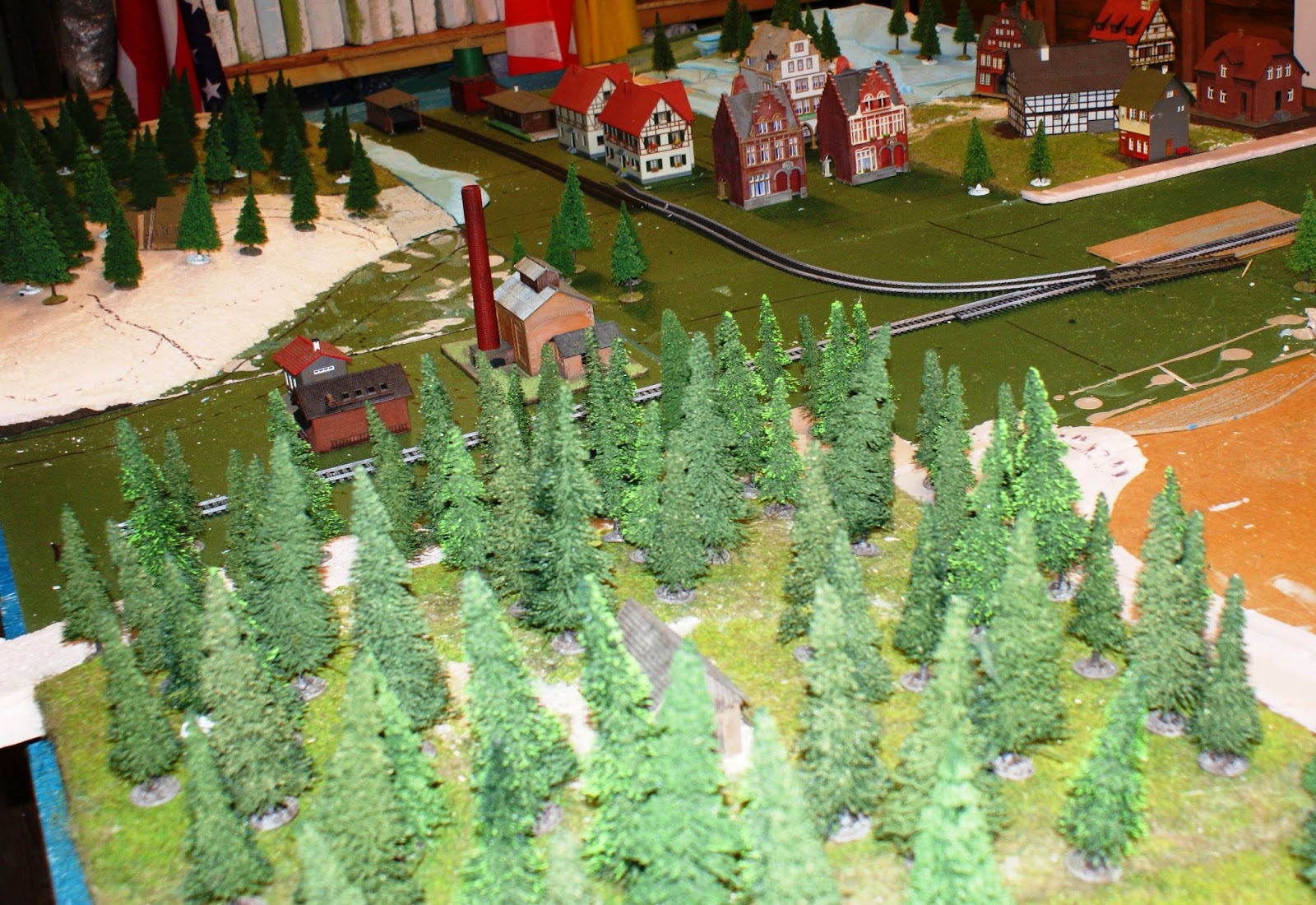 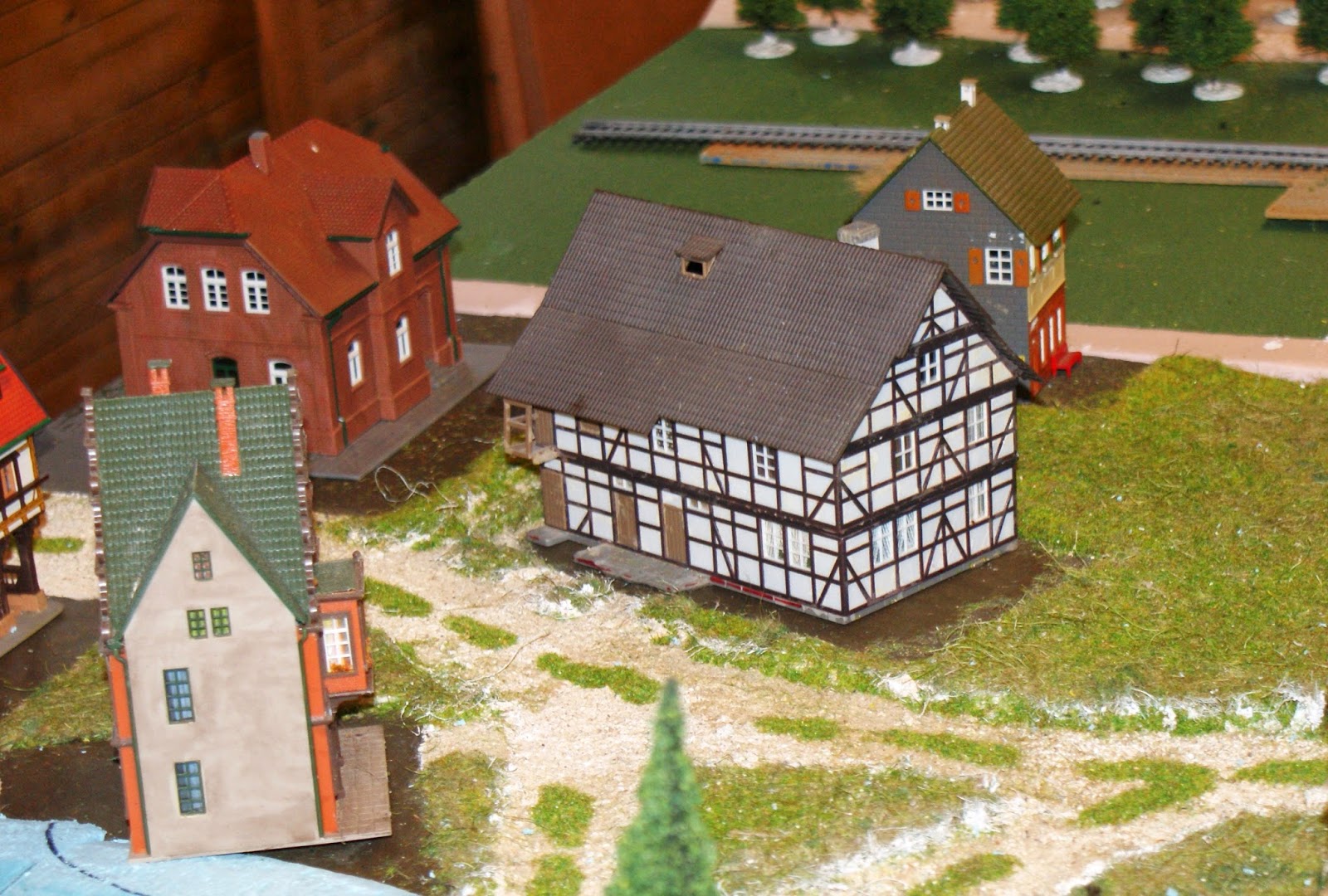