Many of you may have seen the famous photo of British soldiers in the town square at Mons before the battle. When we were in the square there was a parade to commemorate the battle, with some excellent German infantry re-enactors, together with soldiers from the (modern) Royal Horse Artillery. Here's the square today with some of the German re-enactors. 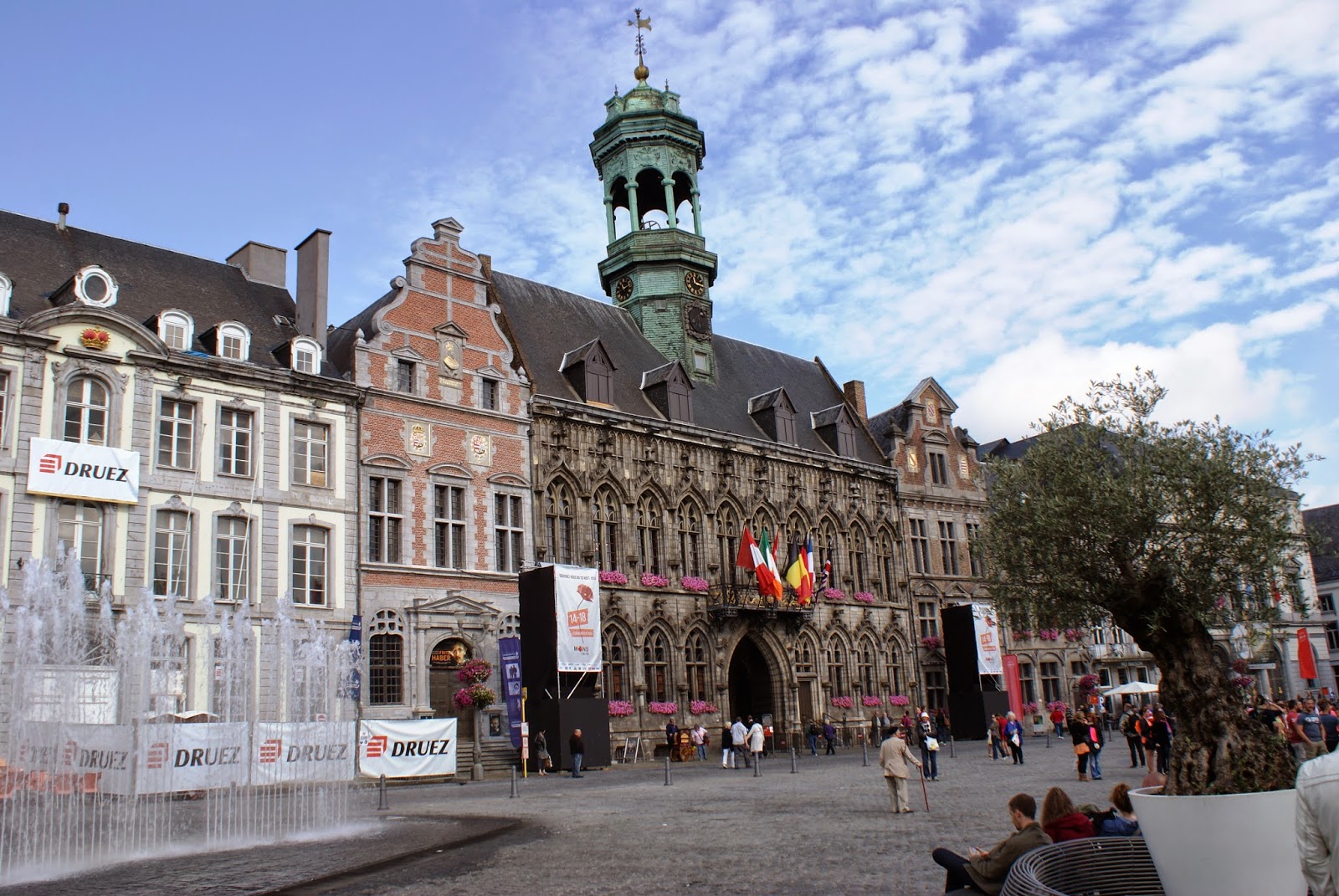 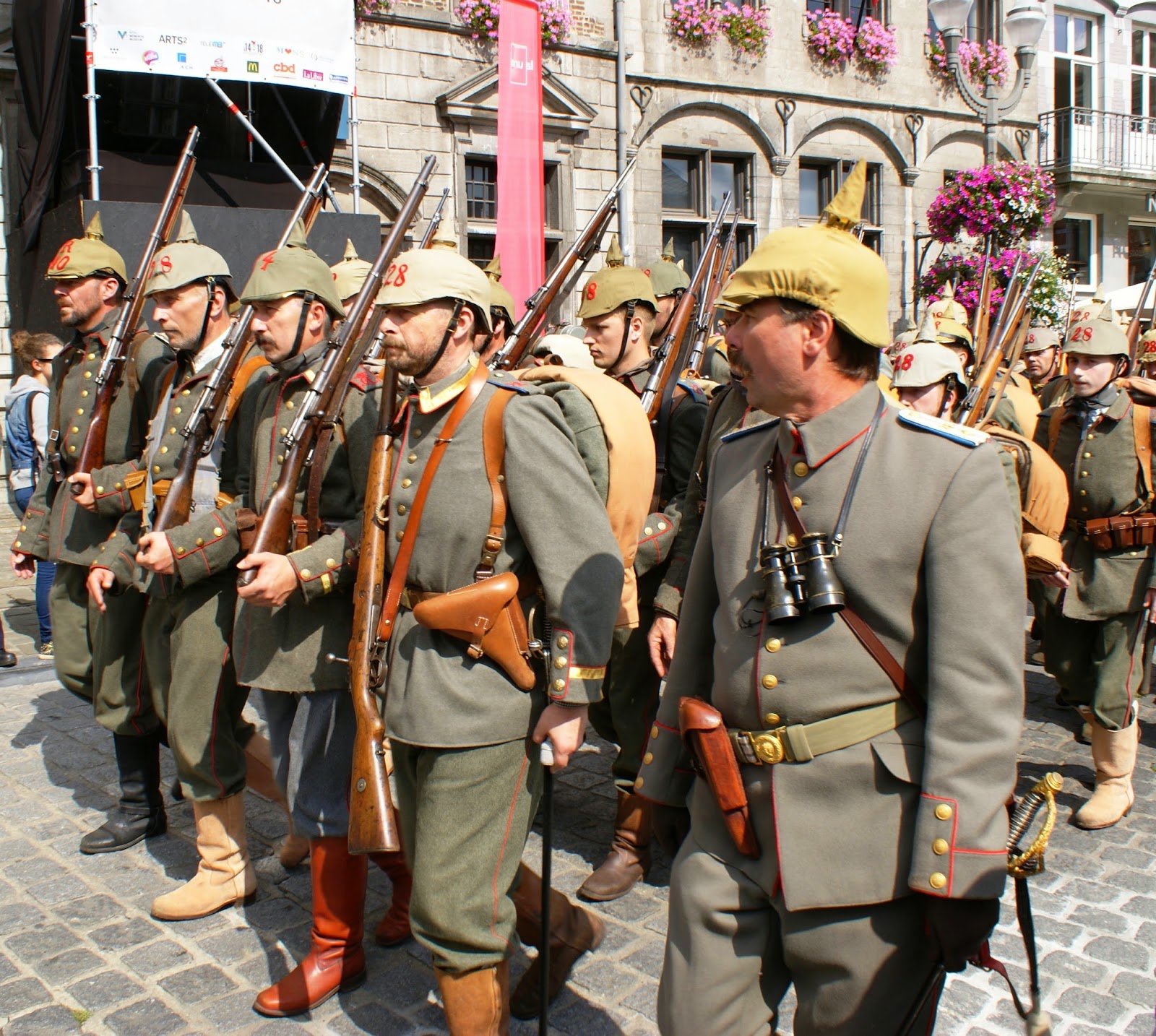 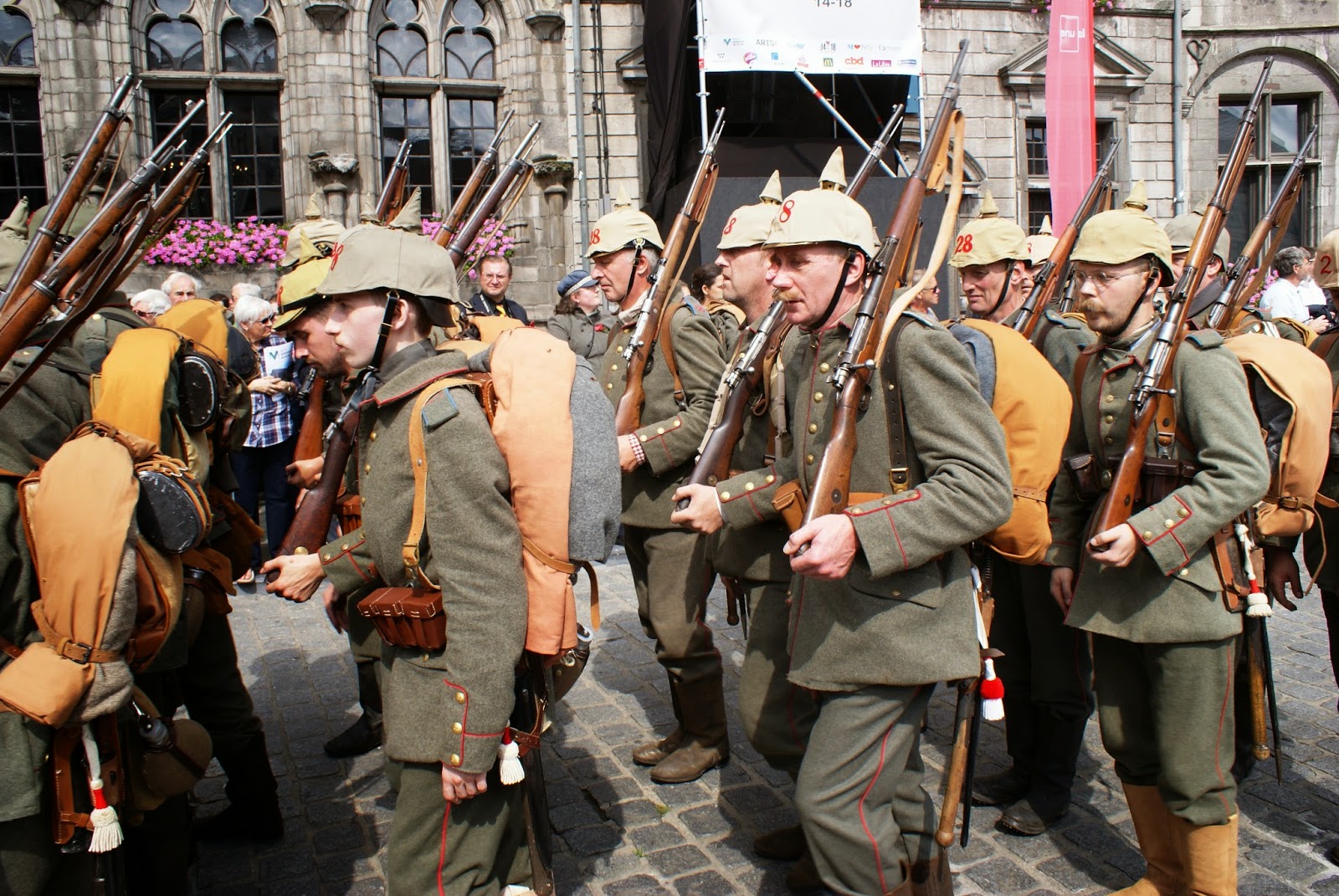 At about the same time as the action at Nimy was hotting up, the German 17th division was also putting pressure onto Obourg railway station, to the east of Nimy. This area was defended by the 4th bttn Middlesex Regt, who again managed to hold on until after lunchtime when their position became untenable and they had to withdraw, having lost about 450 officers and other ranks. Obourg station itself was demolished in the 1980s but one part remains as a memorial to those who fell that day.
The cottages by the side of the road are from the 1914 period, although they have since been renovated a bit! Many of the Middlesex dead are also buried in St Symphorien in a circular shape. 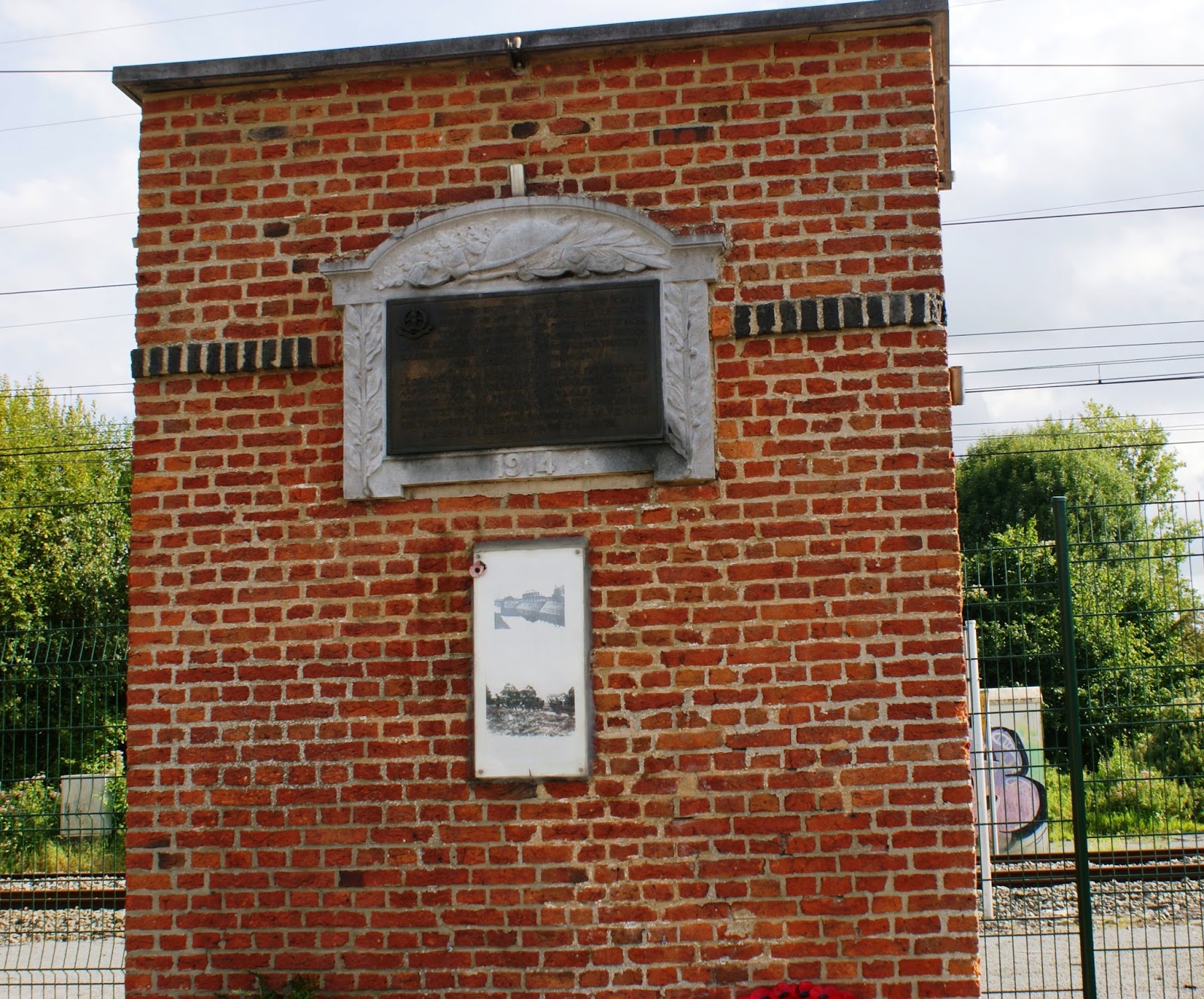 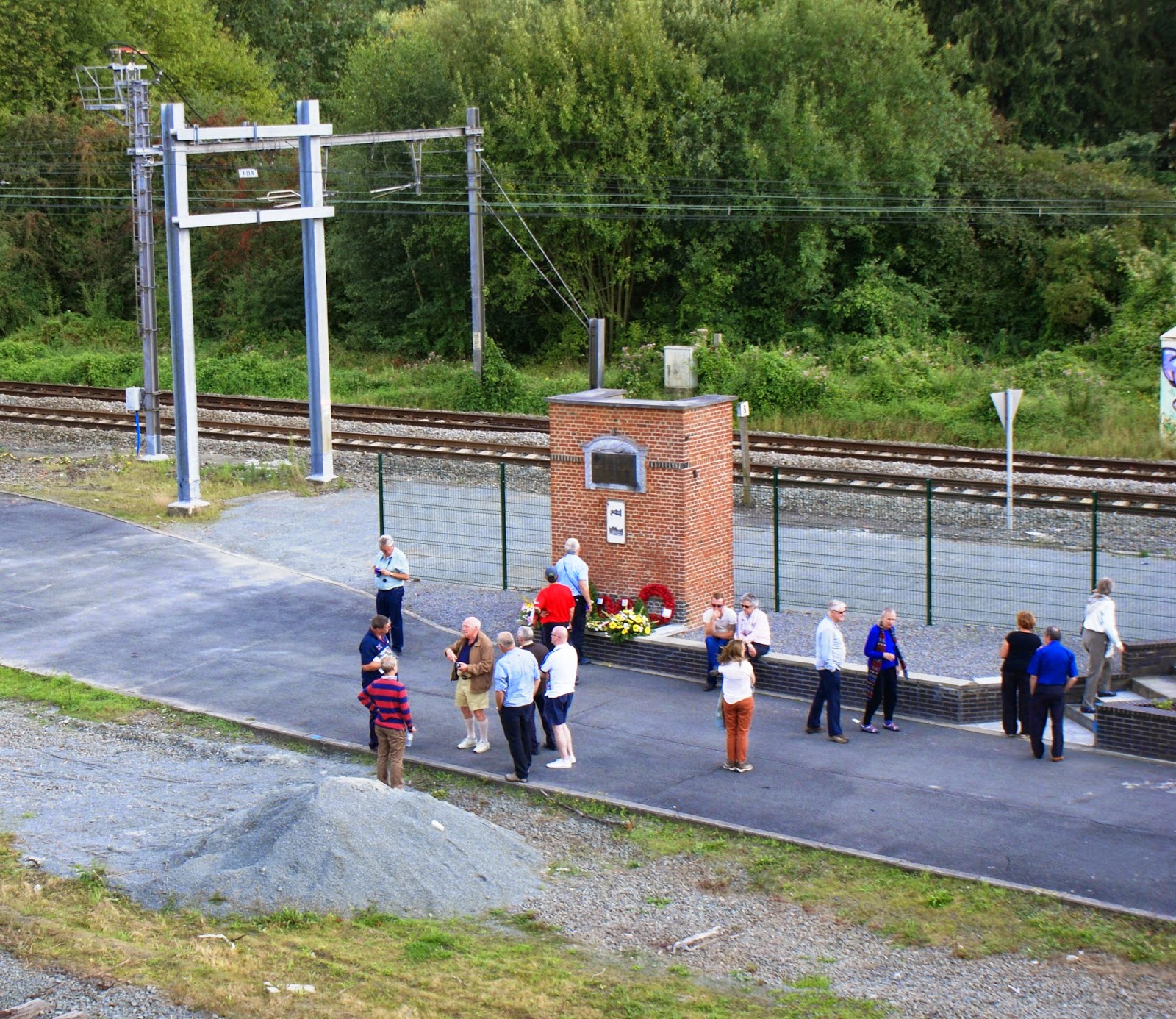 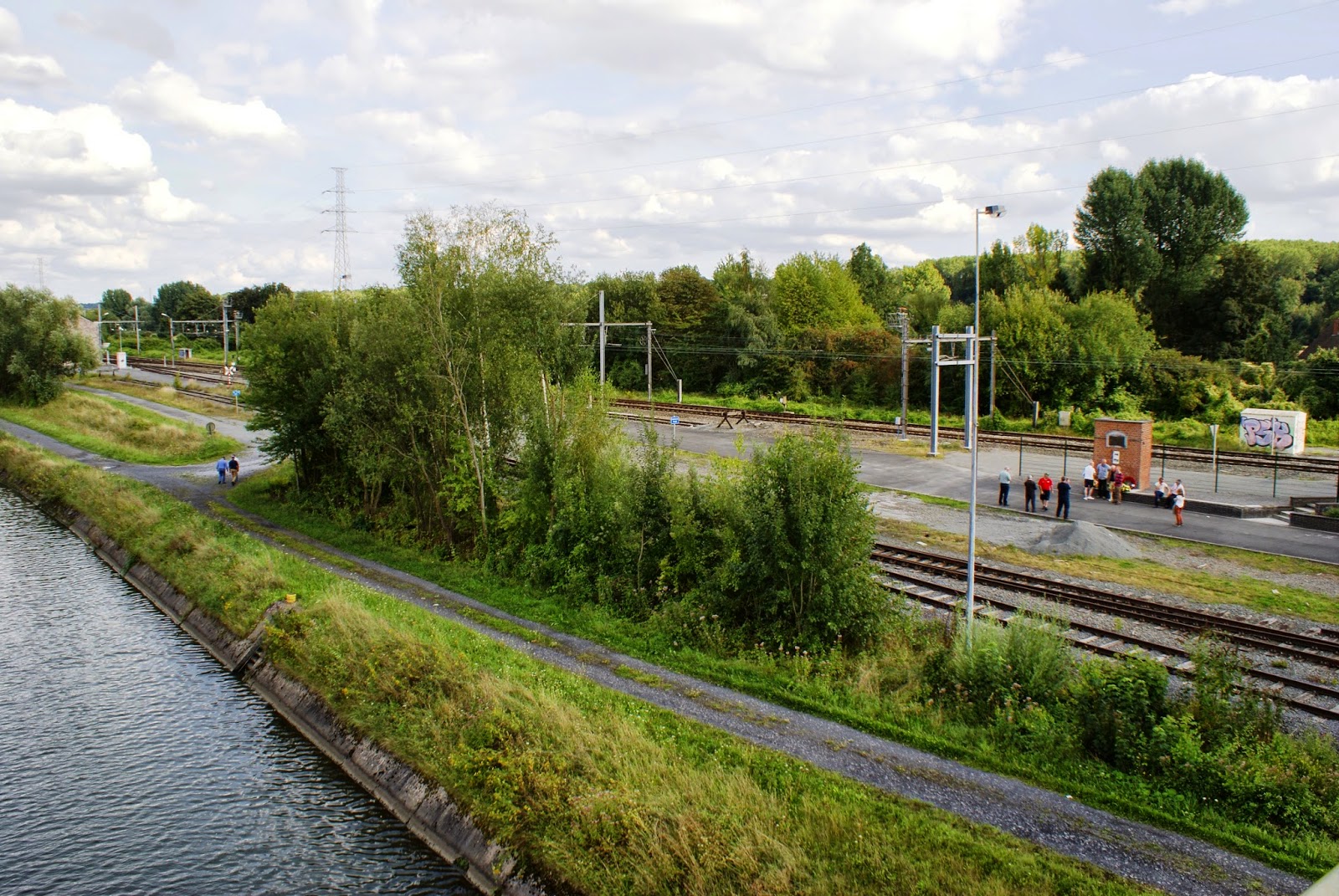 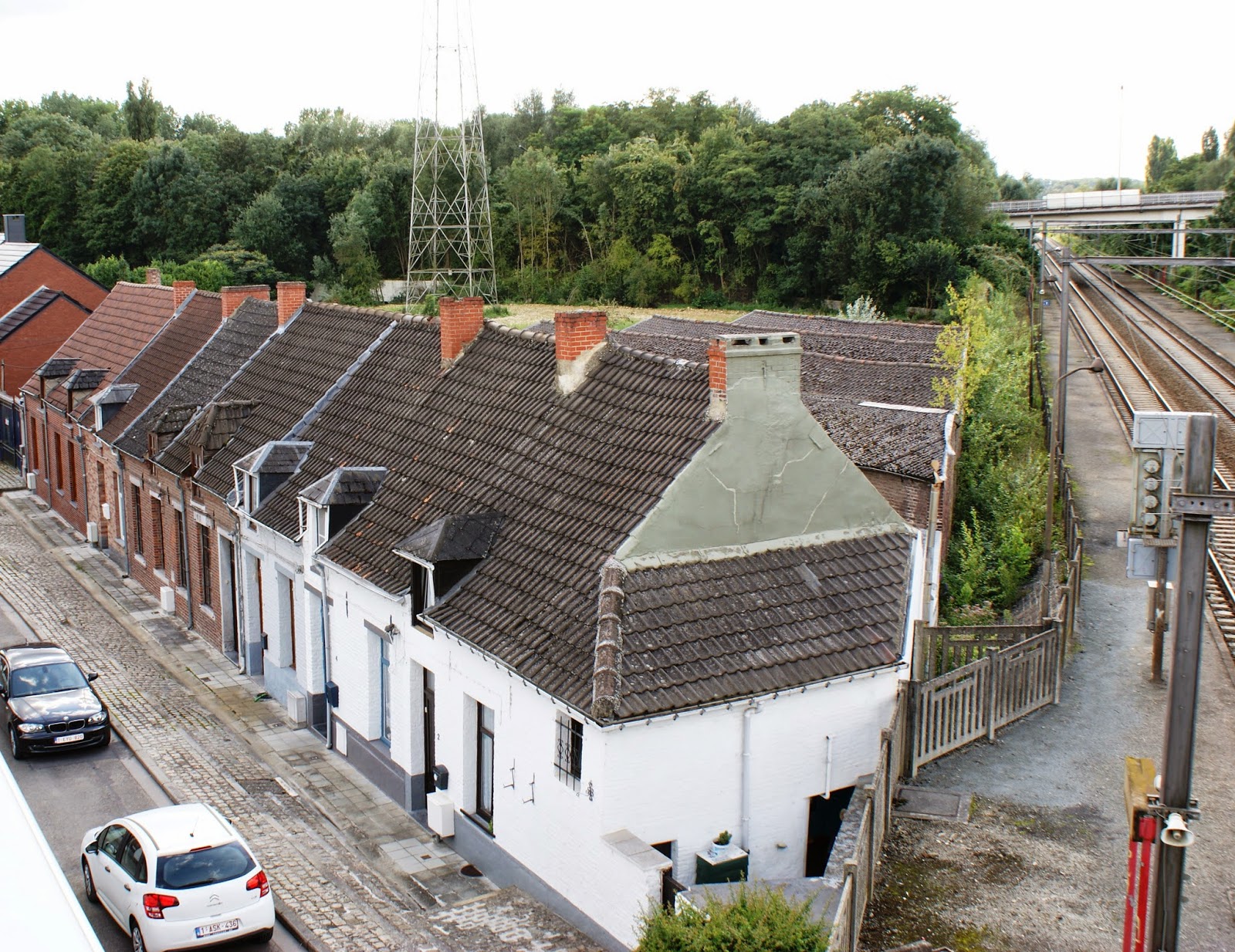 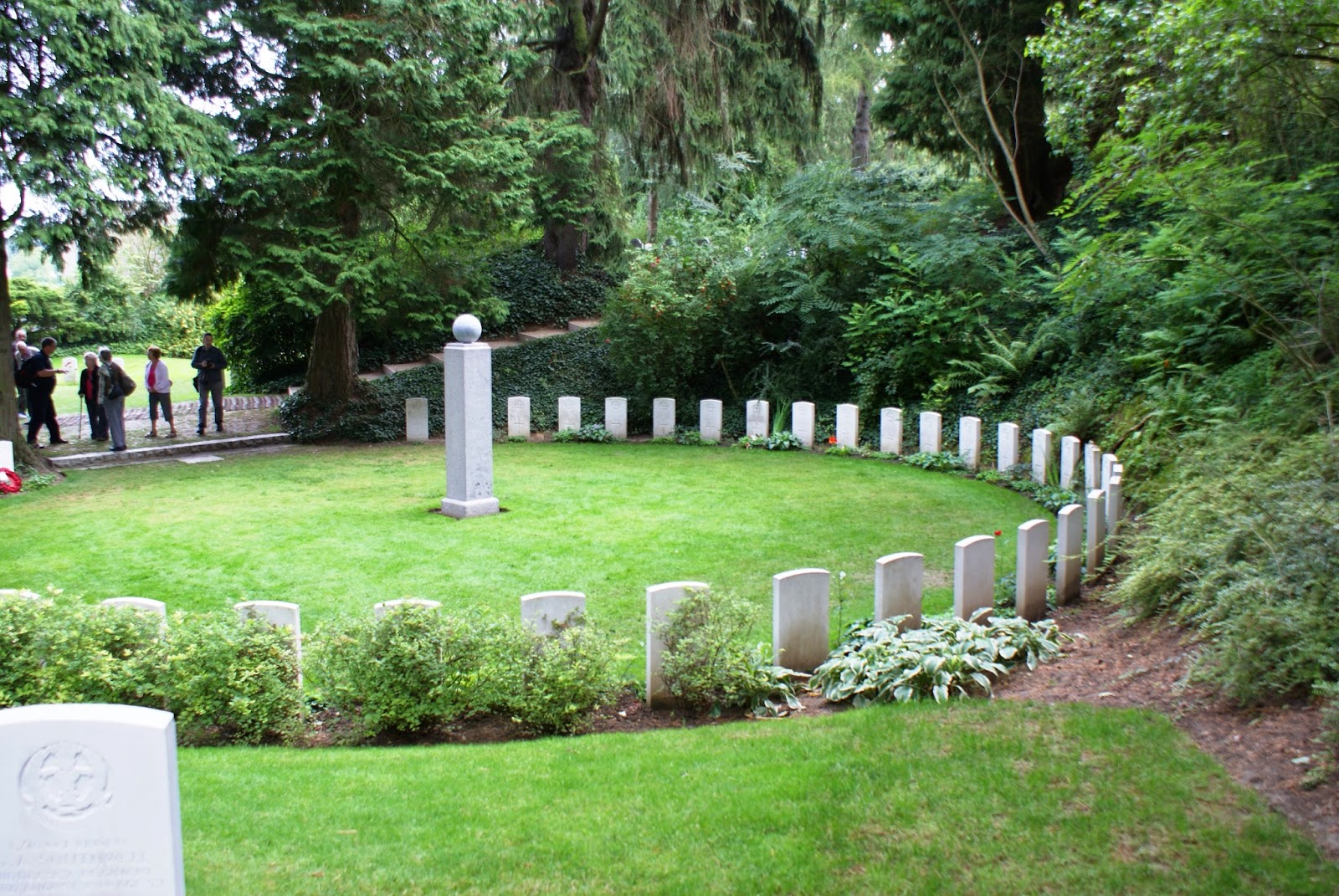 The first action of 23 August 1914 took place around Nimy railway and road bridges, defended by the Royal Fusiliers. The canal here formed a bend, which created a salient on the right flank of the British II Corps, and the railway bridge was defended by infantry and the Fusiliers two Maxim machine guns, commanded by Lt Maurice Dease. One of these guns was kept in action by Lt Dease and Private Godley, and after Dease had been seriously wounded 5 times (he would die later in the day) Godley manned the gun until he too was badly wounded (he survived to be taken prisoner). Both were awarded the VC, the first of the war to be awarded.

The canal has been concreted over elsewhere to become a motorway, but is still there where the railway bridge is, although the canal has been widened since 1914 and the bridge is not the original. If you saw the first episode of BBC's Our World War this covered this action, but they showed the bridge as a road not a railway bridge (oops!). Here are some photos of the bridge today, and of Lt Dease's grave in St Symphorien cemetery. Also in St Symphorien are the first British casualty of the war Pte Parr, and the last casualties from 1918. 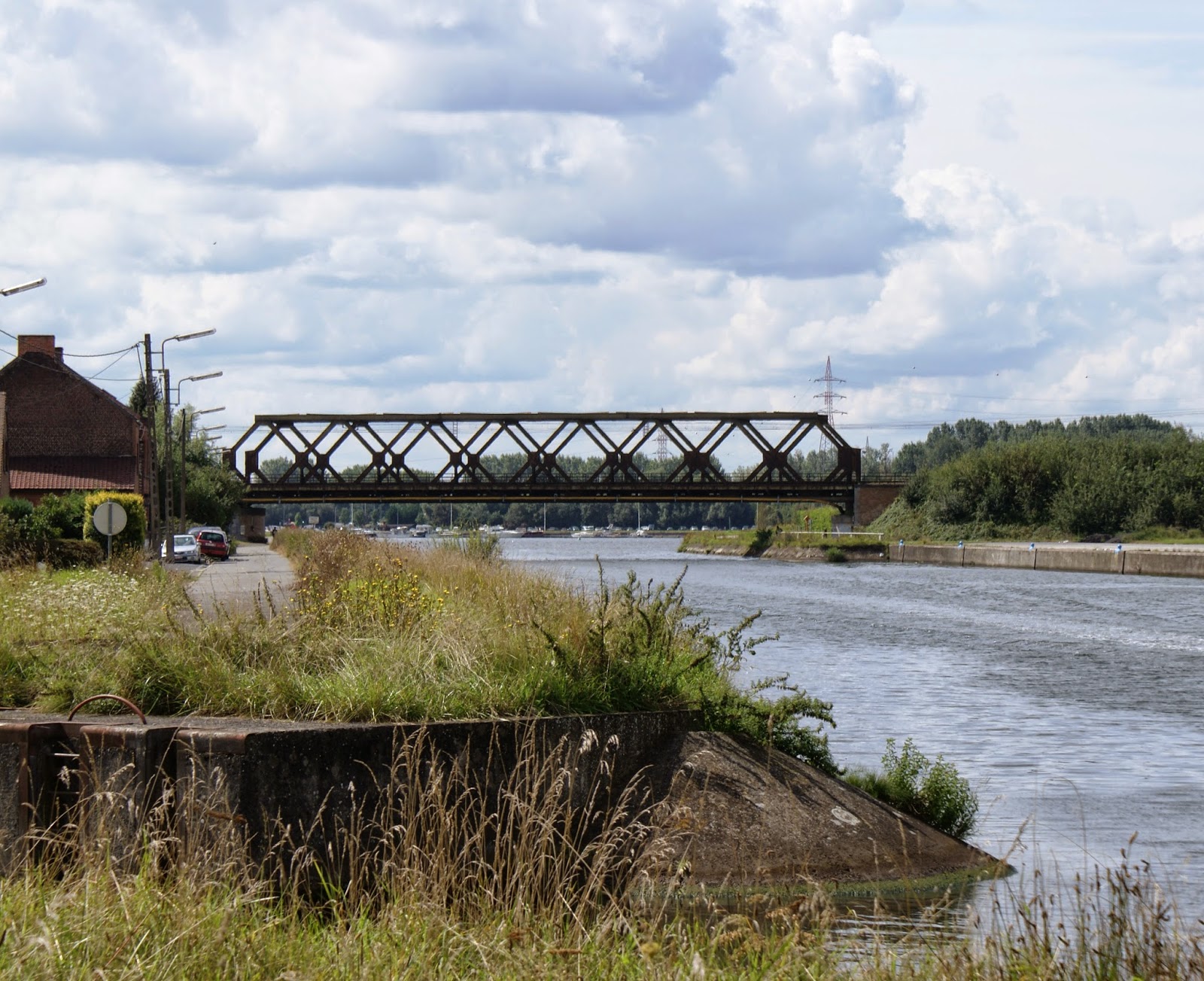 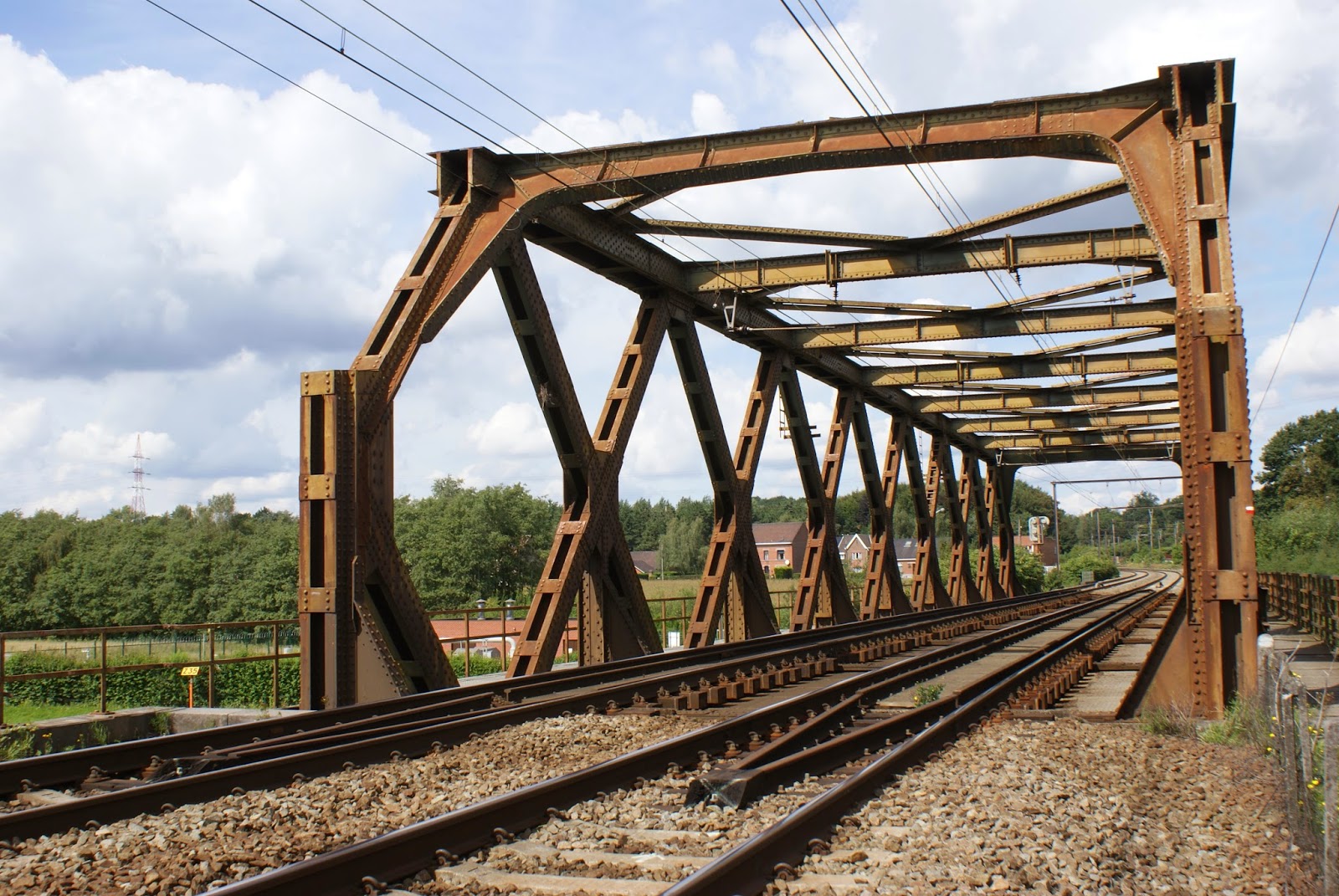 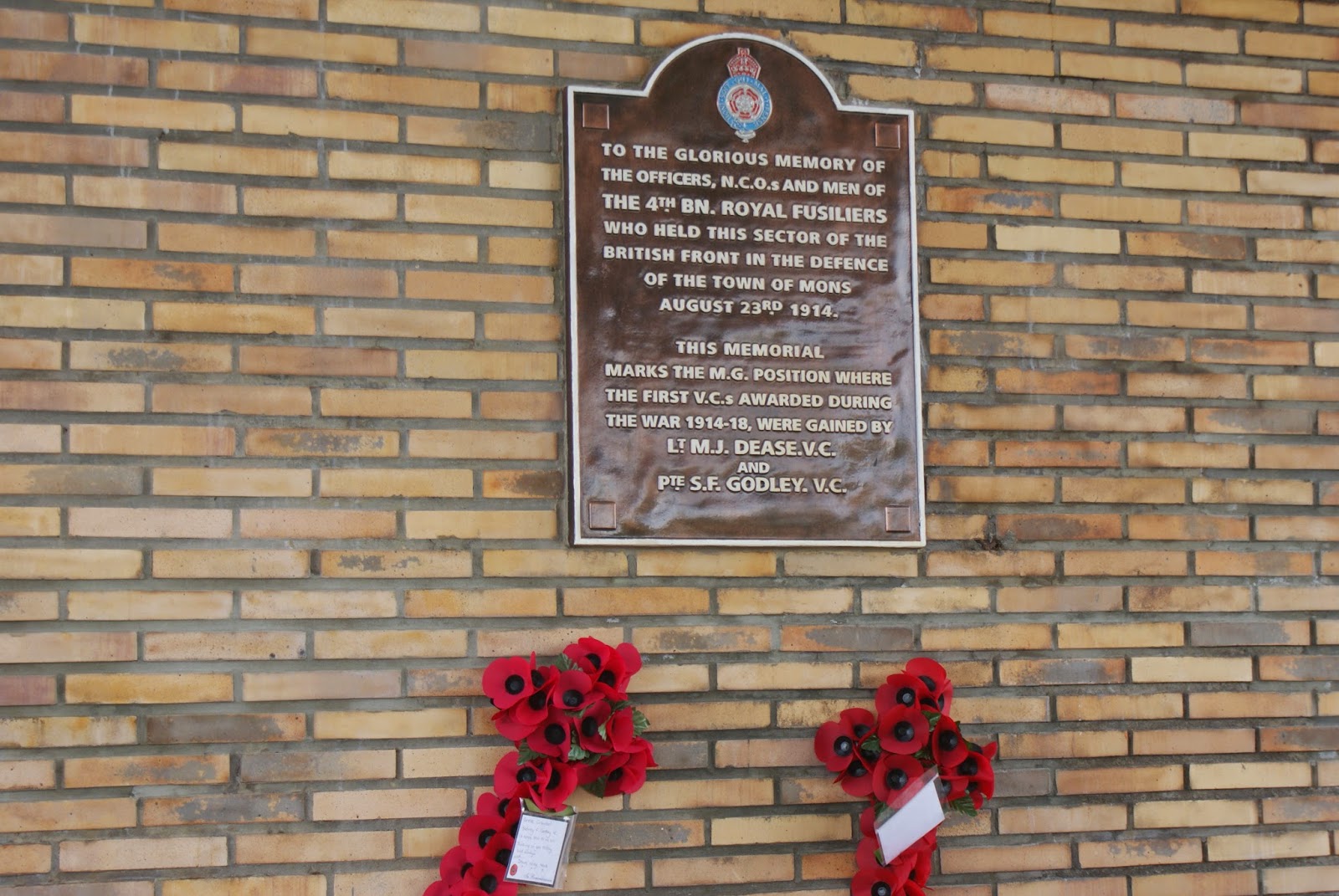 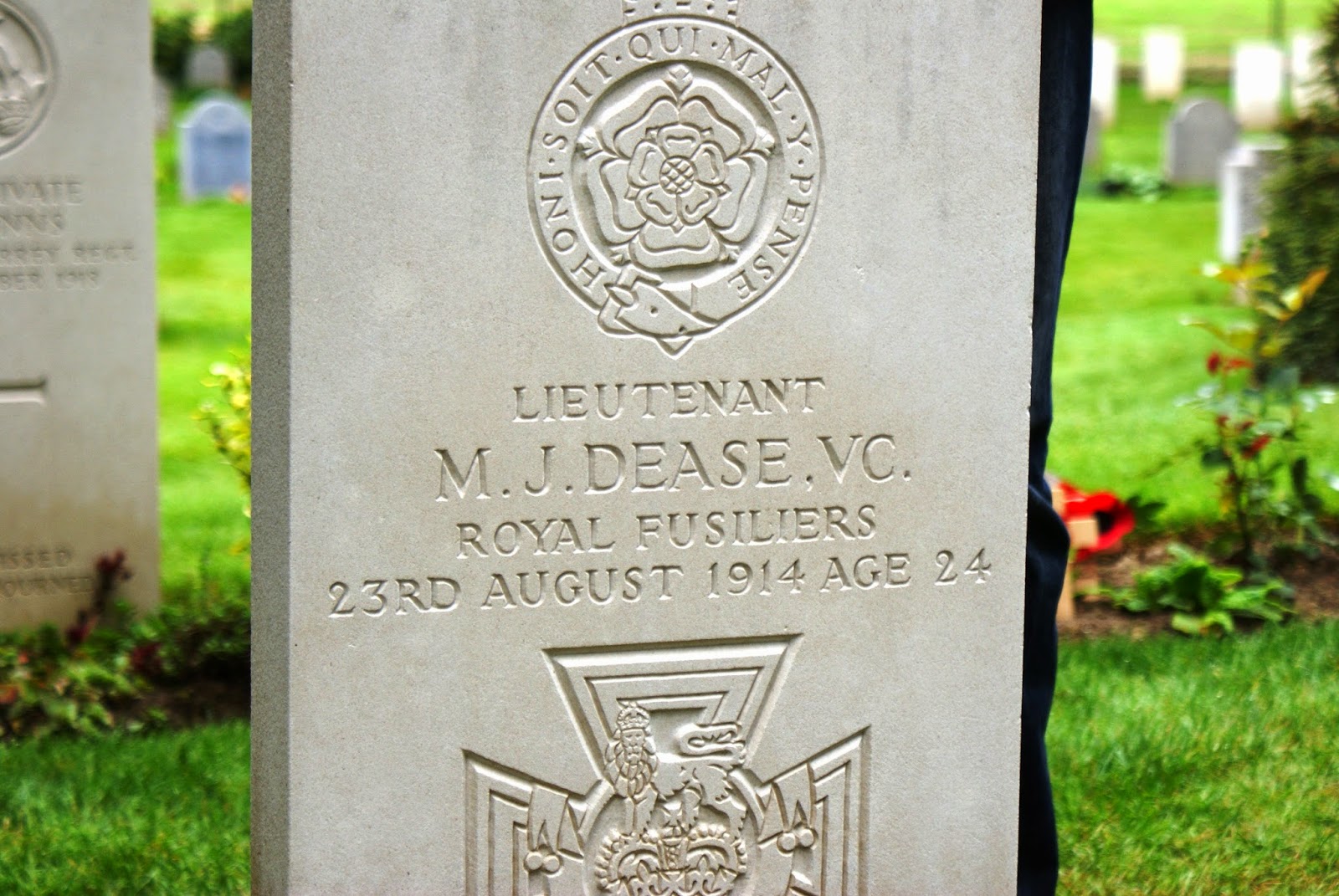 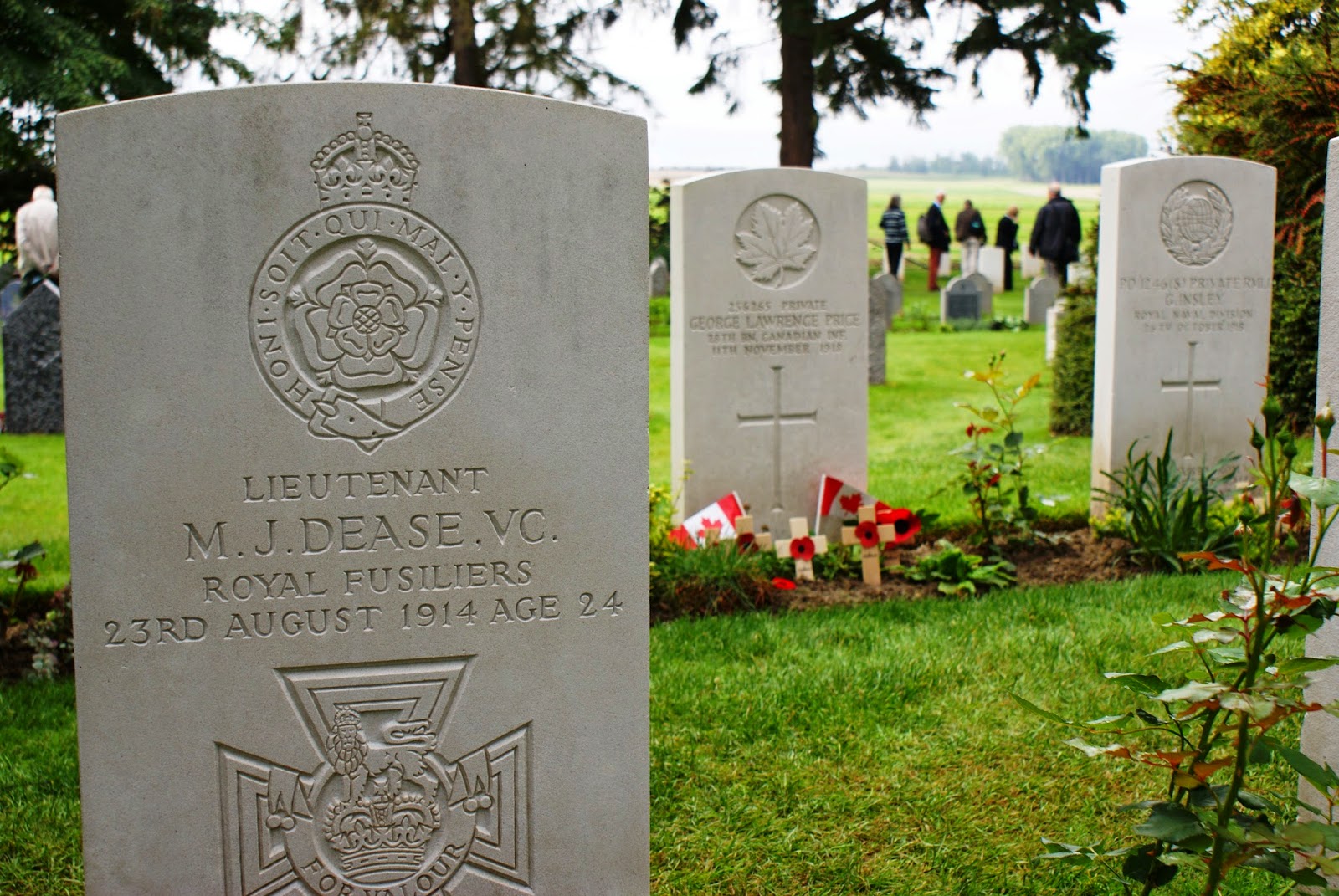 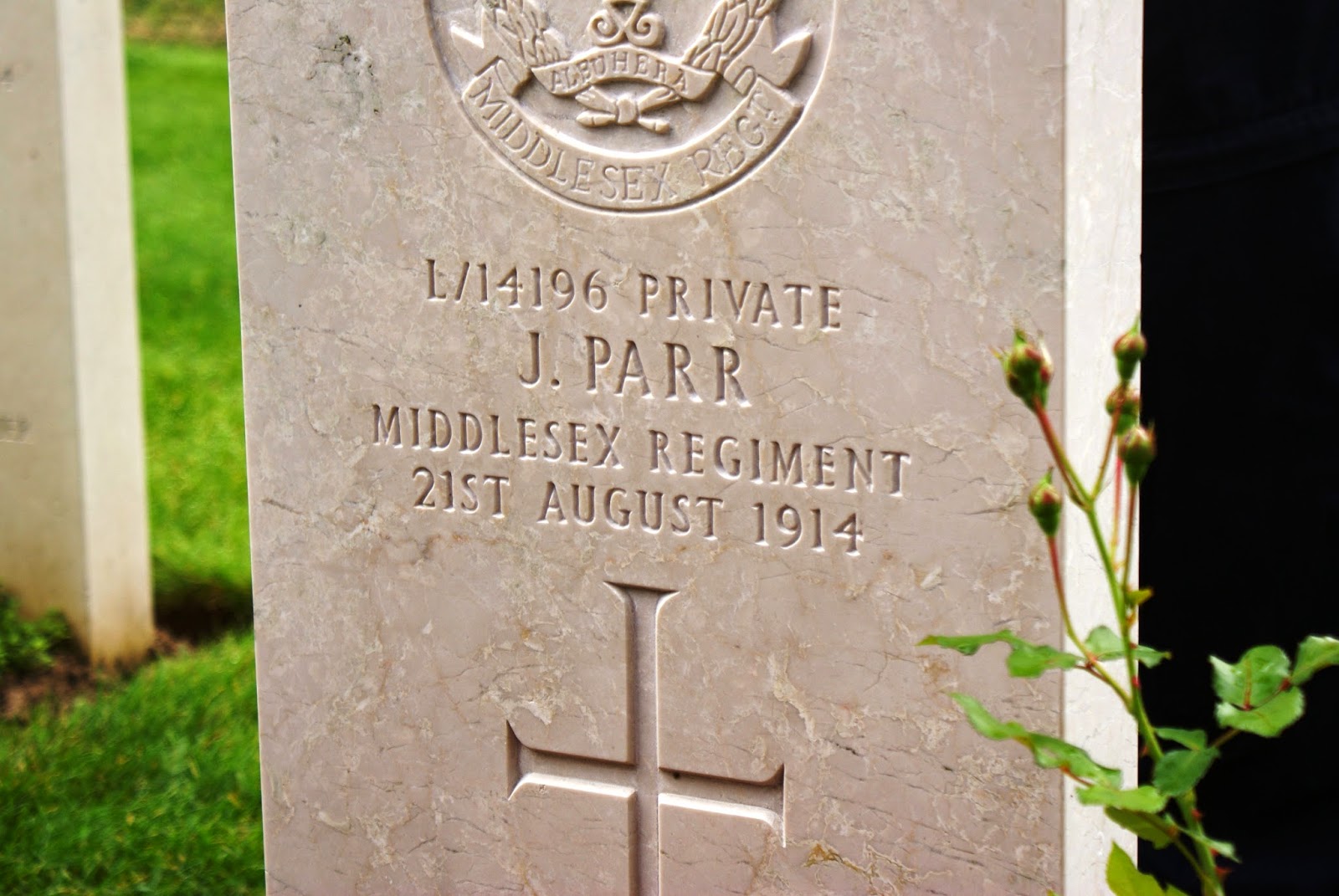 First (and last) shots of the Great War

As I mentioned, we spent the weekend in Mons to commemorate the centenary of the battle. We had a great weekend and were able to see many of the places where action took place, including Nimy Bridge and Obourg railway station, and I'll post... photos following this post.

I'll try to do this in (1914) chronological order, so to begin with here's a photo of the spot commemorating the first (British) shot of the Great War on the road going into Mons, which was on 21st August, the first and (allegedly) last shots of the war, which are on opposite sides of the same road a few yards apart, and a view going down the road leading into Mons - the car is about where the German cavalry were when fired upon. 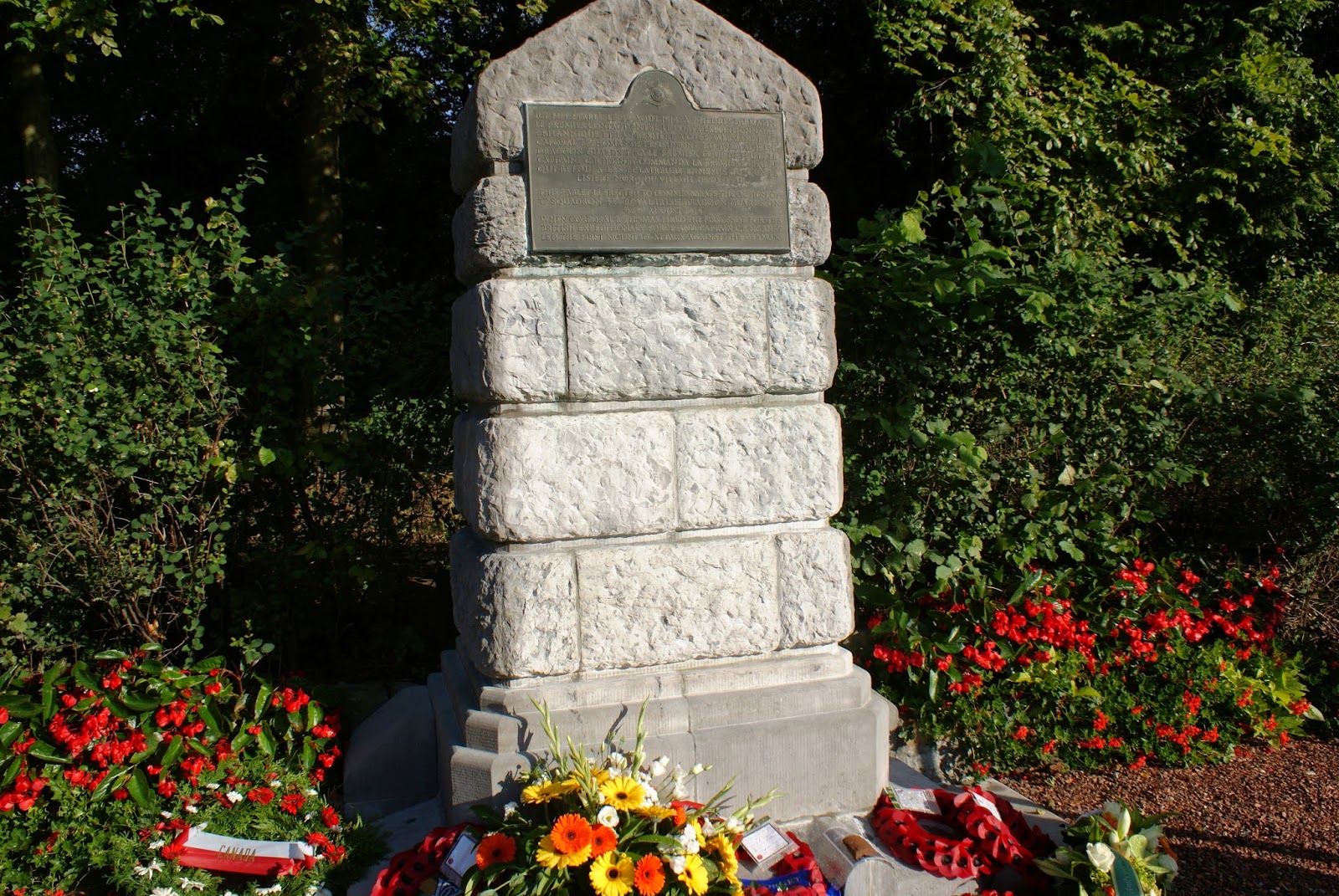 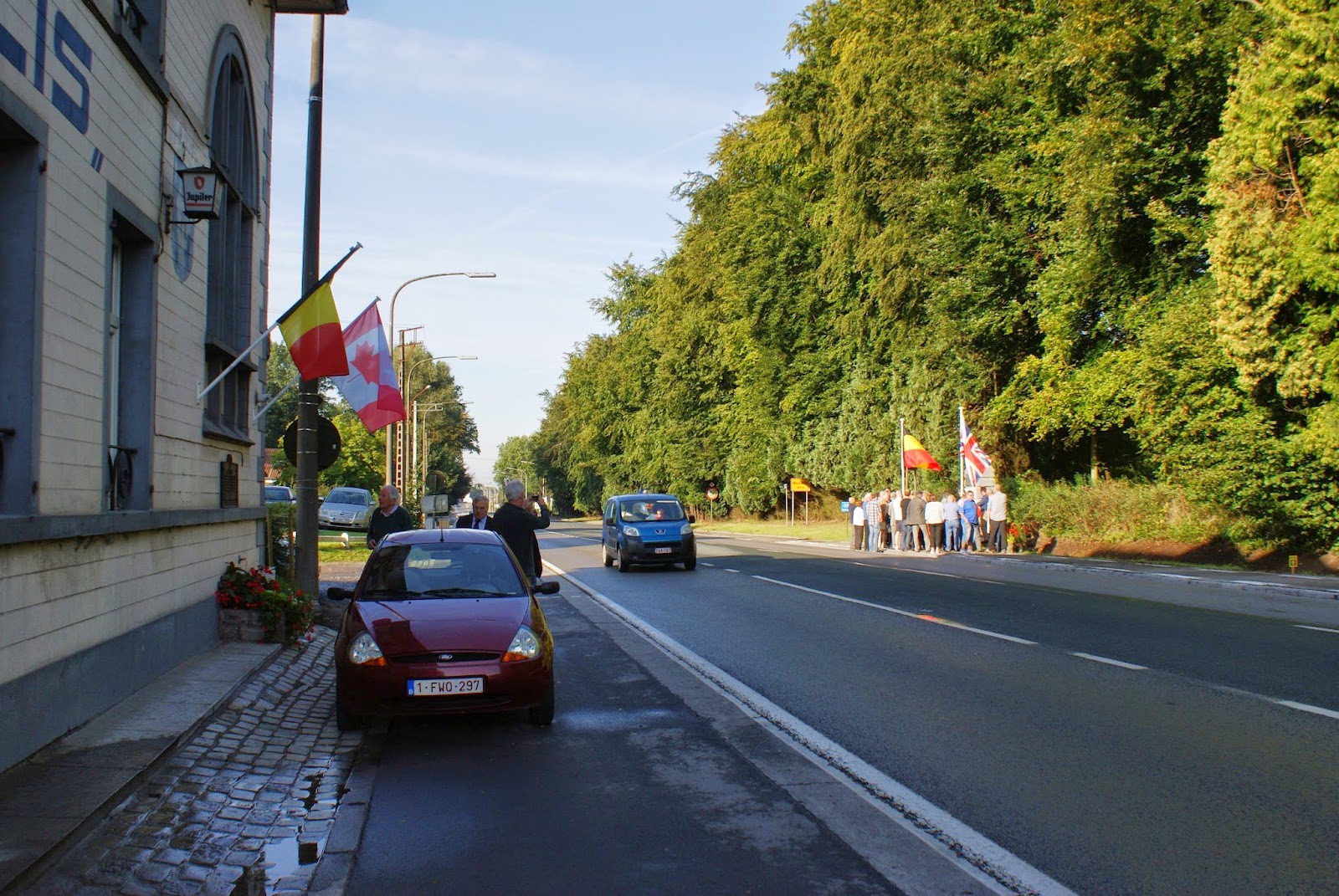 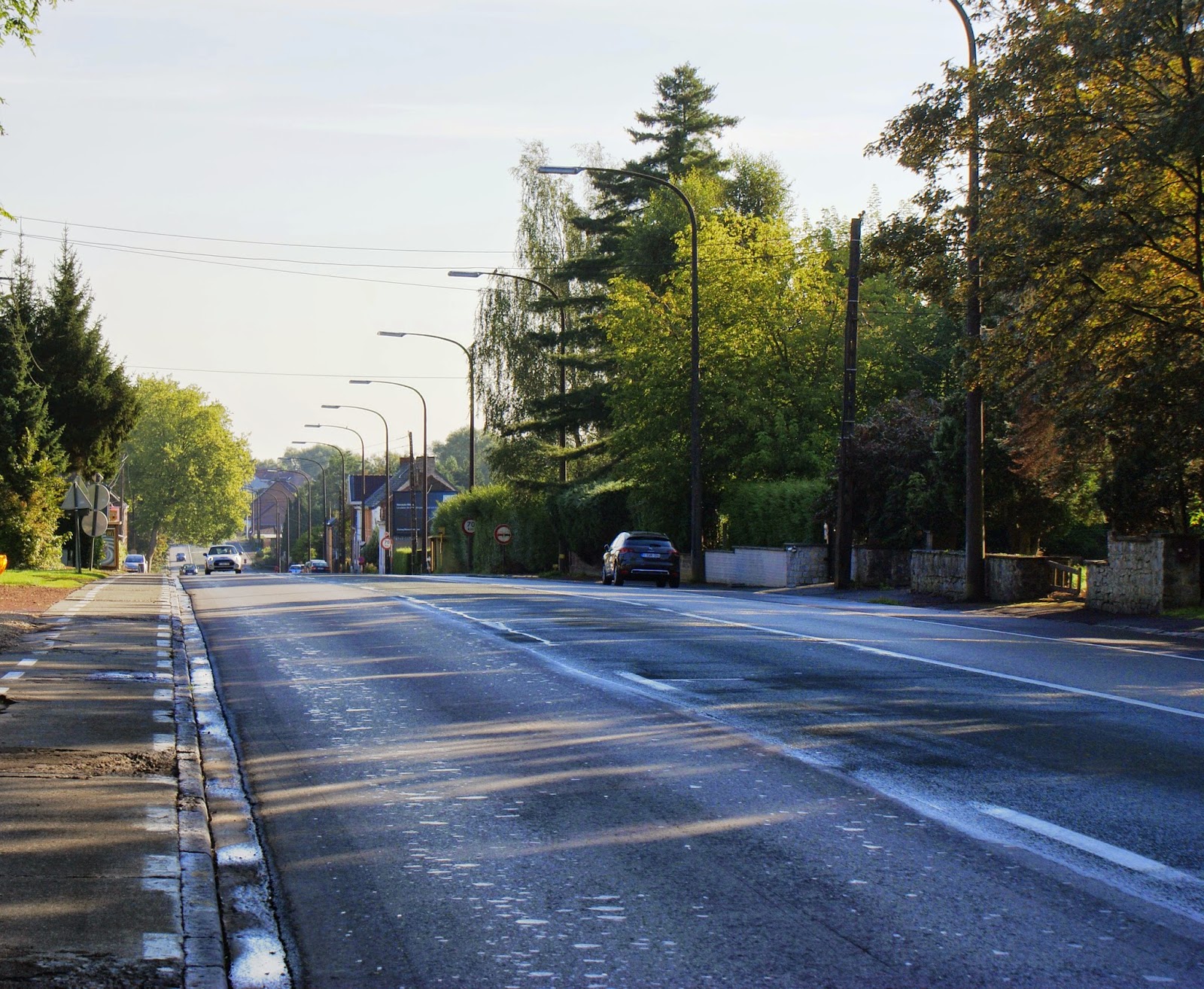 Posted by Crush The Kaiser at 04:36 No comments:

As the centenary of the Battle of Mons approaches, I'm off to Mons for the event. We'll be travelling with Leger holidays, so no driving for me for once!

There will be commemorations in the town and at St Symphorien CWGC cemetery - which will be really interesting to visit as it contains almost equal numbers of Allied and German dead, and the graves of the first and last British casualties of the War. I will of course be posting photos!
Posted by Crush The Kaiser at 13:57 No comments:

I am going to support the "Lights Out" movement by only having one light or candle alight in the house between 10pm and 11pm today. This commemorates Sir Edward Grey's famous "the lamps are going out all over Europe - we shall not see them lit again in our lifetime". Hope you can support this too.

Lest we forget.
Posted by Crush The Kaiser at 04:42 No comments: