We had a great time at Salute playing ZZapp the ZZepp yesterday, and it was good to see all of you who stopped by to say hello and to play the game.

Sorry if we didn't get the chance to chat very much but unfortunately running a participation game with only two people is hectic work! I only had the time to take a few photos before the game started - once the show opened we were running games non-stop until about 4pm so I didn't even get much of a chance to look round the show. That had it's upside though as it meant I didn't spend much either!

Just a few photos of the Zepp, which did really well and managed to stay upright and flying throughout the whole show, and of the two German fighters (an Albatros W4 and a Hansa-Brandenberg, both seaplanes of course!). 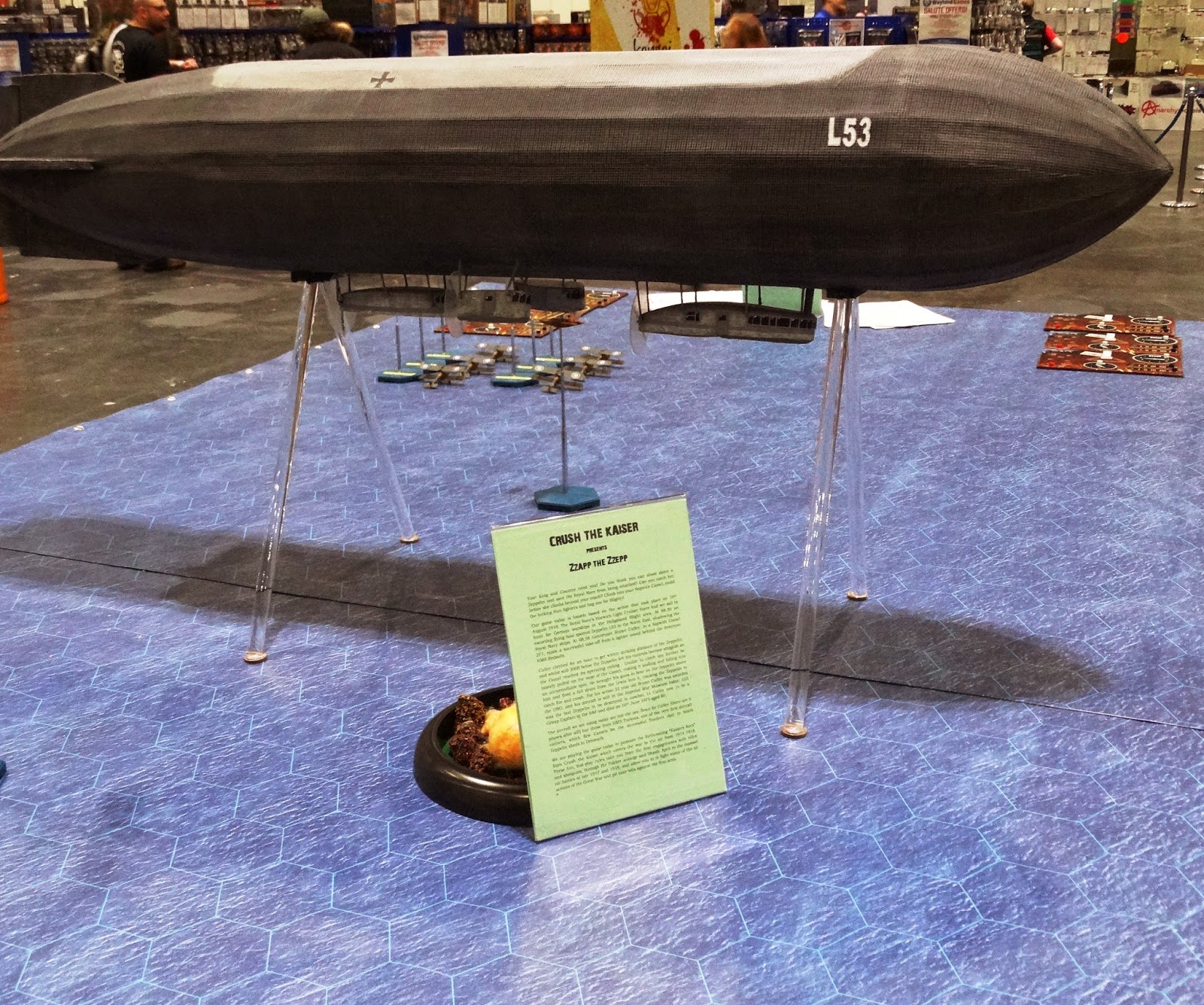 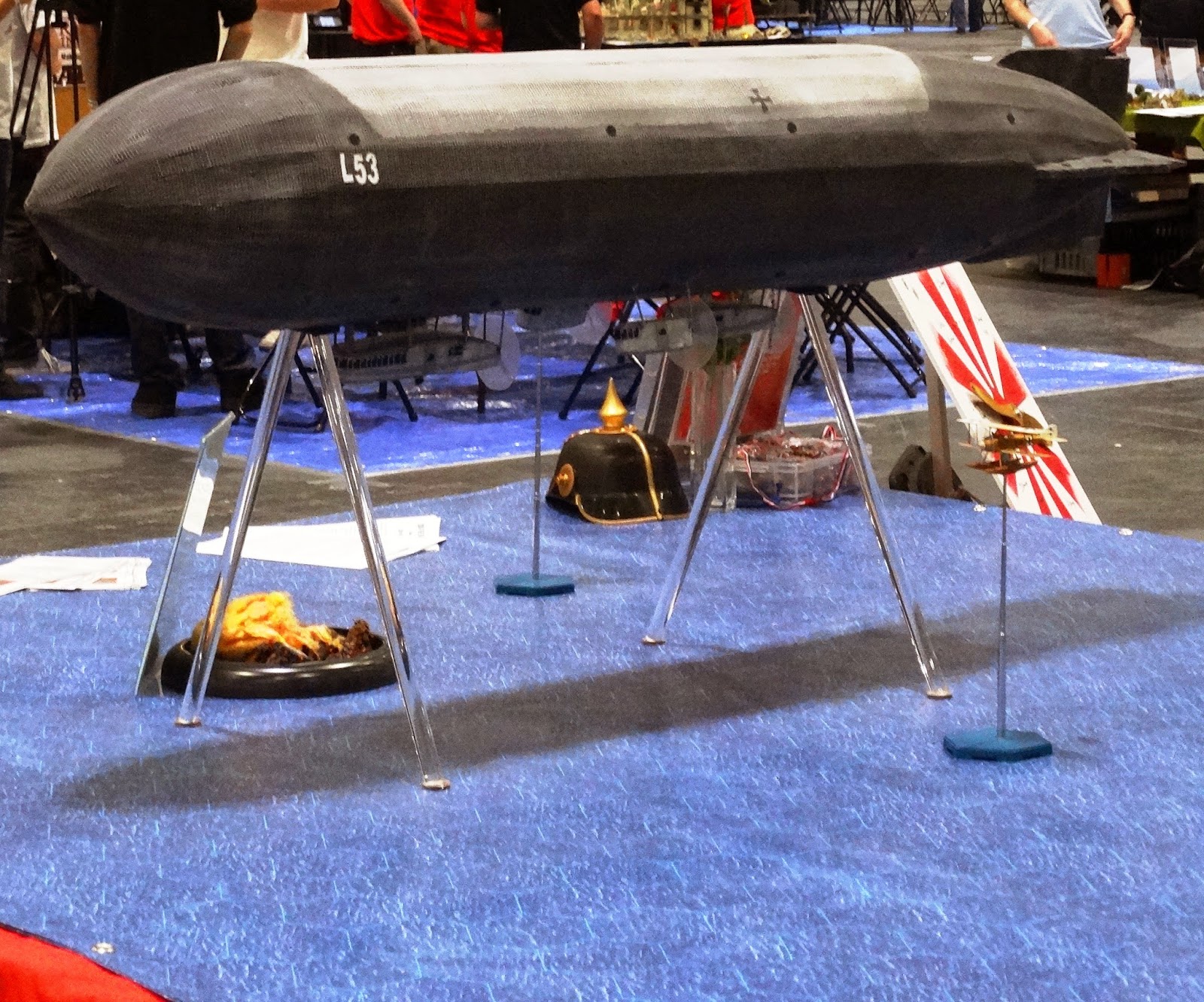 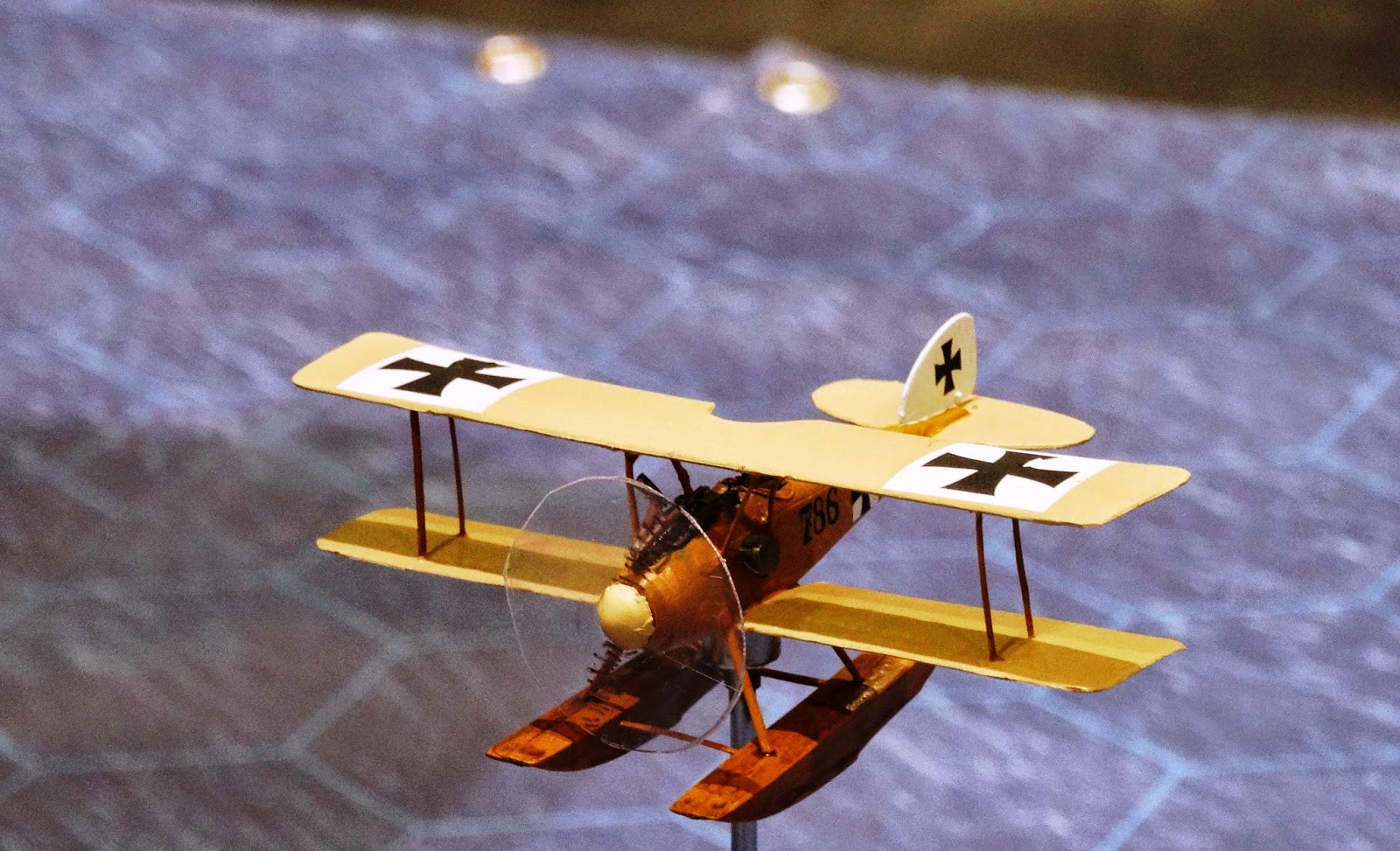 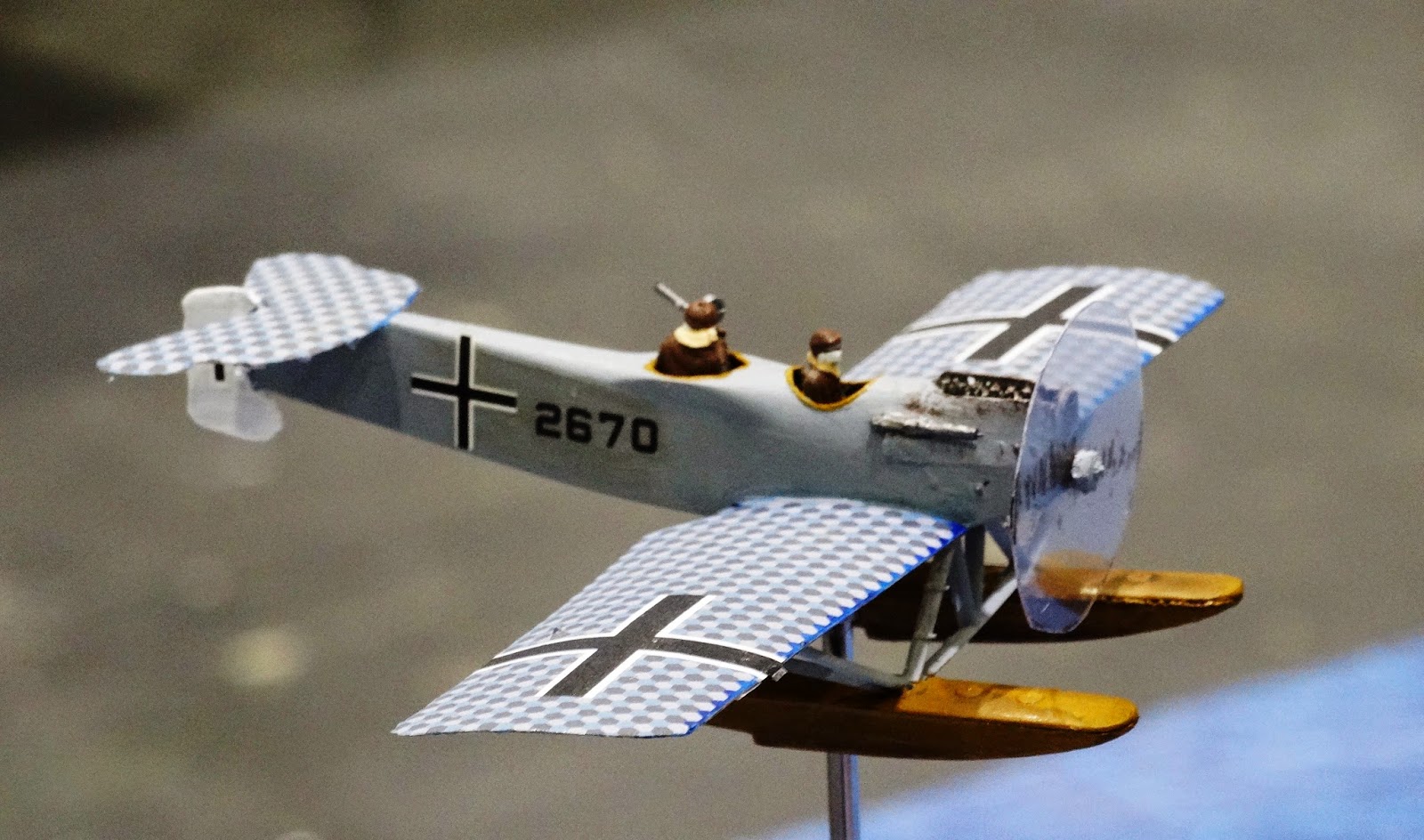